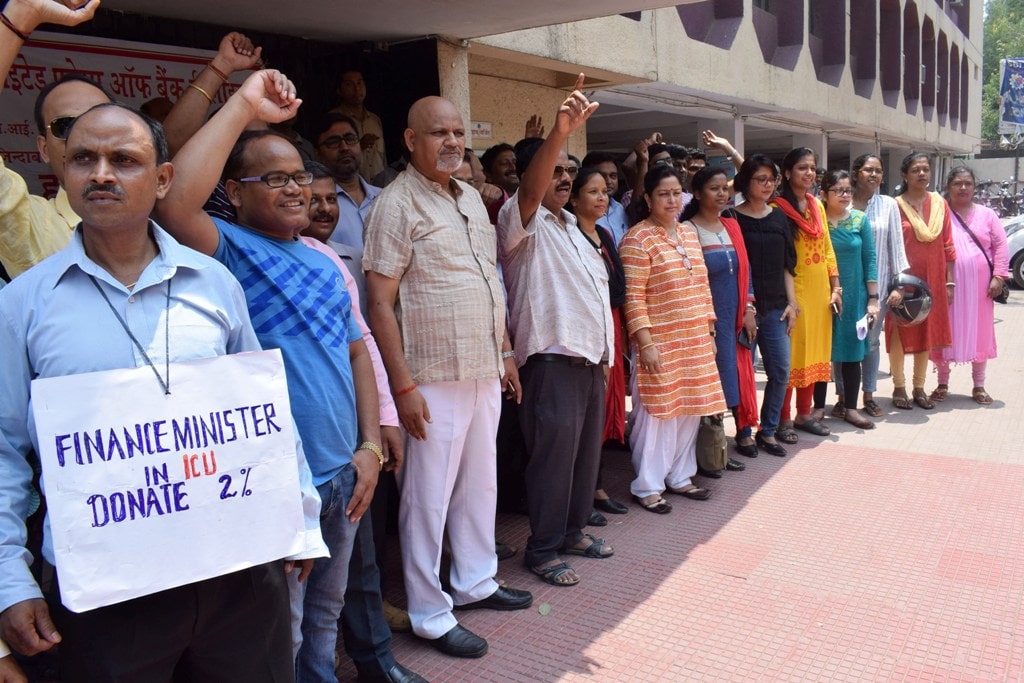 *Picture shows Bank personnel showing they were agitating for lollies!

As across the country, so in Jharkhand. The staff and personnel of all bank branches and ATMs in Ranchi remained closed. The normal banking work was paralyzed on the first day of the two-day nation-wide bank strike enforced by bank unions.

These unions have claimed total response across the country including Jharkhand, Bihar and West Bengal to their agitation.

A United Forum of Bank Unions (UFBU), an umbrella organization of seven bank trade unions, claimed total response to the strike. In fact, the bank transactions of both private and public sector bank branches remained closed across Jharkhand as well.

Even ATMs were closed though few ATMs were forced open by a political party in a few places in West Bengal.

The Indian Bank Association (IBA) has proposed a two percent revision in wages for the employees of the public sector banks which the unions have refused to accept.
In the last wage revision in 2012, the bank employees got a rise of 15 percent.

A RBI official said some digital banking work was done through electronic systems like the RTGS but the functioning of the banks' servers were hit.

Many people recalled the 'Notbandi' days and complained of problems in withdrawing cash as ATMs remained closed across Jharkhand.