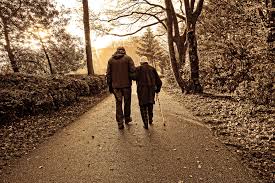 A study conducted in Japan and showcased at the medical conference in Europe revealed that chewing a gum while walking can burn calories and help the walker lose weight.

By studying 46 participants about the impact of chewing a gum, researchers in Japan concluded that weight loss was recorded among both men and women between ages 21 and 69. All these people were regular gum chewers, who chewed gums more than once in a week.

Researchers had divided participants into two groups. Group one chewed two gums for 15 days, every day. Group two drank the ingredients of the gum in water, minus the gum base and then walked for 15 minutes.

Their heart rates and walking speeds were measured to calculate energy and expenditure."Walking definitely makes you burn calories. But men over the age of 40 were found to burn two extra calories per minute while they were chewing the gum. Women participants did not have any remarkable changes in their energy expenditure", states the study.

Though a commentator opined that the research was sponsored by gums manufacturers to promote their business, the research needs to be conducted on a larger group of people to confirm if chewing a gum actually helps a walker with weight loss.

Message: Please do not run to buy gums right away. But you can definitely give it a try as it has no harms or side effects.