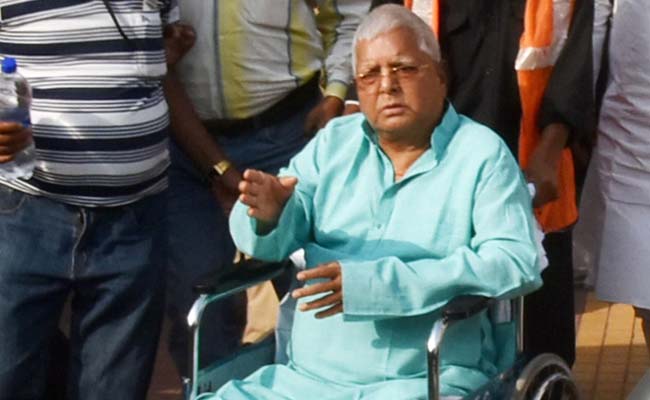 RJD chief and fodder scam convict Lalu Prasad, who is on provisional bail on medical grounds, is in Patna. After he returned to Bihar capital on Monday following treatment at Asian Heart Hospital in Mumbai,he may return to Mumbai and Bengluru.

Misa Bharti,who accompanied him,says that his father was still not well and he would be taken back to Mumbai after a week for further treatment.

“His condition has improved, but he is still not completely fit. He (Lalu) may also be taken to Bengaluru for treatment of ailments related to kidney,” Misa told media persons in Patna.

Lalu has been serving jail term in Birsa Munda Jail in connection with the fodder scam since December 23 last. He was earlier admitted in the cardiology wing of Rajendra Institute of Medical Sciences (RIMS), Ranchi, on March 17 following complaints of uneasiness. Lalu was shifted from RIMS to AIIMS-Delhi on March 28 for treatment for nearly a month.