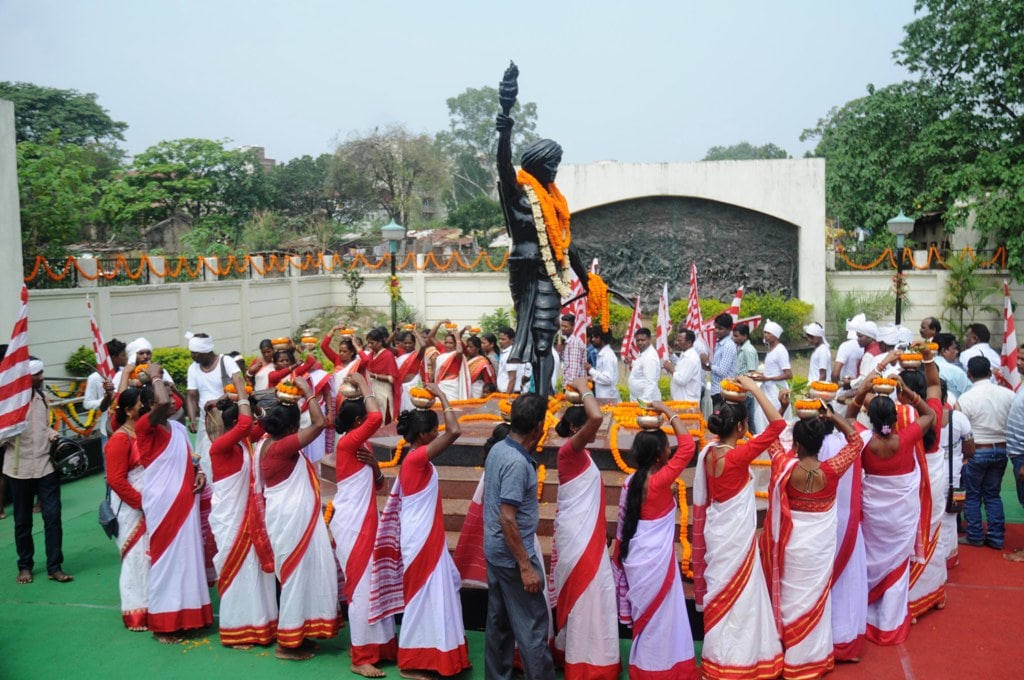 Tribal women Dhilu Mundain who sell vegetables offered leaves of flowers over the statue of the renowned tribal freedom fighter Birsa Munda."I salute him for fighting against the land grabbers and the British rulers",she observed.

Mundain,a tribal woman,is among scores of tribal and non-tribal men, women and children.They recognise him as the state of Jharkhand's 'idol.'Many of them worship him as 'God'.They appreciate his deeds-fighting land grabbers,conversion as a measure of the Church to convert tribals as Christians and the British rule and dying inside jail in Ranchi on June 9,1900.

Reports reaching Ranchi indicate that tribals who recognised him as 'Dharti Aaba(God of the land) observed his death anniversary not only across Jharkhand,but also in parts of Bihar, Chhatisgarh,Odisha,West Bengal and Assam.In Jharkhand's Khunti district,birth place of the legendary tribal hero,a group of tribals on held a cultural programme which started with hoisting of the community flag.Many tribal women were spotted paying floral tributes at the Martyr tomb in Ranchi.