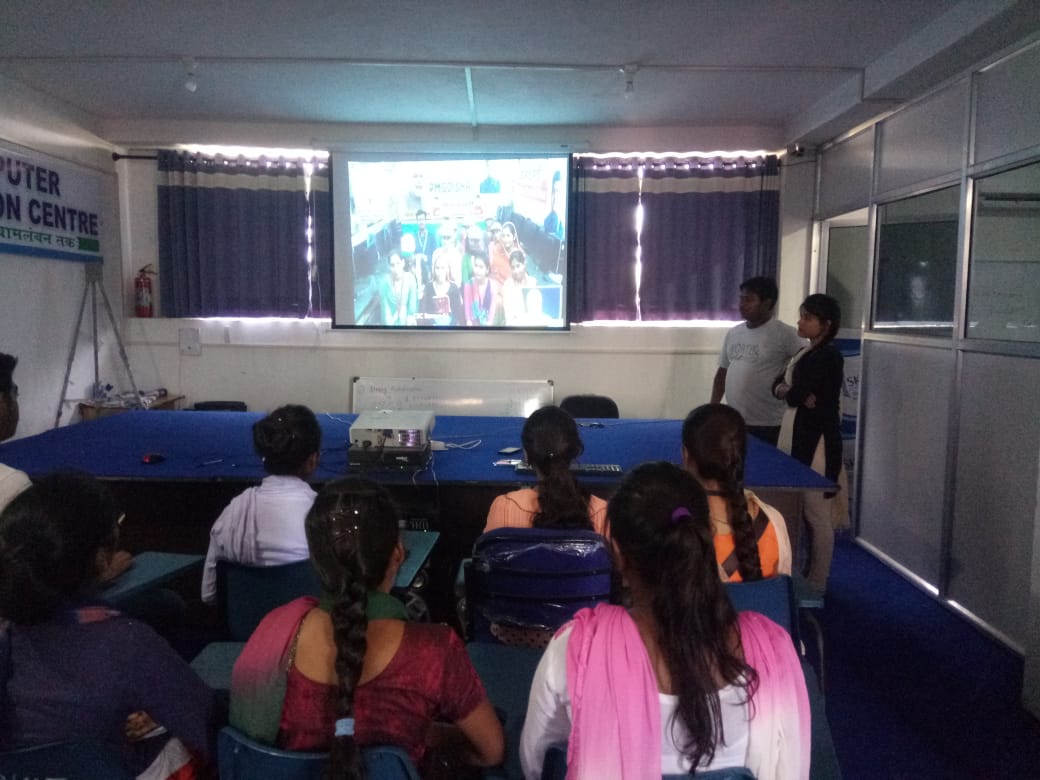 However,when the PM Modi said his pet Digital India initiative is a war against touts and middlemen, helping check blackmoney and black marketing while creating immense job opportunities in small towns and rural areas,one of them was spotted clapping inside Common Service Centre(called Pragya Kendra),Collectorate,Ranchi.

"Excellent work Modiji has done',he said as other men and women watched him.At the other end,while interacting with beneficiaries of the various Digital India initiatives, Modi associated use of home-grown card network RuPay with nationalism and appealed to everyone to adopt it for digital payments

"We have to take Digital India forward. Touts are upset with Digital India. We can easily fight for our rights through Digital India," Modi said adding that people made fun of him when he first spoke of digital payments in the country where people were used to stashing money underneath the pillow and ration could not be availed without middlemen

The PM also said that experiences narrated by beneficiaries of how services are reaching people directly are a befitting reply to such naysayers.
"Now middlemen are not required for ration, poor get full amount of their hard work directly in their bank account. When poor farmers of villages have started adopting digital payment, now they (middlemen) have started spreading new rumours," Modi said.

Back at Pragya Kendra at Nawagar Panchayat, its Manager Sanjay Bedia had organised a meeting of the villagers with computers and printers connected with the Internet.Though most CSCs(Pragya Kendras) had organised the meeting at the directive of the officials,their owners who earned money -Rs 2000-4000 -per day appeared to have welcomed the interaction with the PM Modi.

'Several schemes such as E-stamping,E-Land Revenue payment,e-Electricity payment,Jandhan yojna and Bhim App-payment through cashless system have brought revolution at the district,block and panchayat level where Internet connection was available",says Bedia,a tribal who had learnt the basics of the IT to run the CSC as an entrepreneur at the village level.

Bedia heard Modi saying said middlemen are now spreading lies that money is not safe in digital transactions and it is a conspiracy to send money directly to bank accounts which will shut down their business.

"Forget these negative forces.The problem is while the PM is trying to promote digitisation as a method to contain corruption,many people were not aware how to use ATM and Bhim App.The need of the hour was to launch a mega drive to bring awareness among the people about benefits of digitisation',Bedia opined.

The PM said Digital India has ceased commissions of middlemen and that is why they are obstructing the good work by spreading rumours."Digital India has checked blackmoney and black marketing and uprooted middlemen...middlemen are going to create trouble. Modi has created big problem for them. They will keep abusing from whichever platform they get but we have to take our nation to the forefront of the world," Modi said

Modi asked the beneficiaries to press traders and shopkeepers to install BHIM app to facilitate paying for goods and services digitally.He pushed for use of RuPay, the Indian version of credit/debit card, saying when other similar cards are used the transaction or processing fee goes to foreign companies.

Another Manatu,Kanke in Ranchi based CSC operator Deepak Mahto complained that the power cuts,poorly functional Jharseva which is supposed to help citizens get residential,caste,income and gun  vehicle lisence caused a huge problem almost every day.

These shortcomings can be contained by the IT department of the state government led by Chief Minister Raghubar Das.Strangely,though the CM's Principal Secretary Sunil Barnwal is incharge of the IT Department,no appropriate reform was implemented to strengthen the Pragya Kendras in Jharkhand till date.

At he other end,the PM said:"Those who talk about patriotism, everyone cannot go to the border for security of the nation. We can serve nation through RuPay card as well. If you develop a habit of using RuPay card...that will also become a medium to serve the nation."