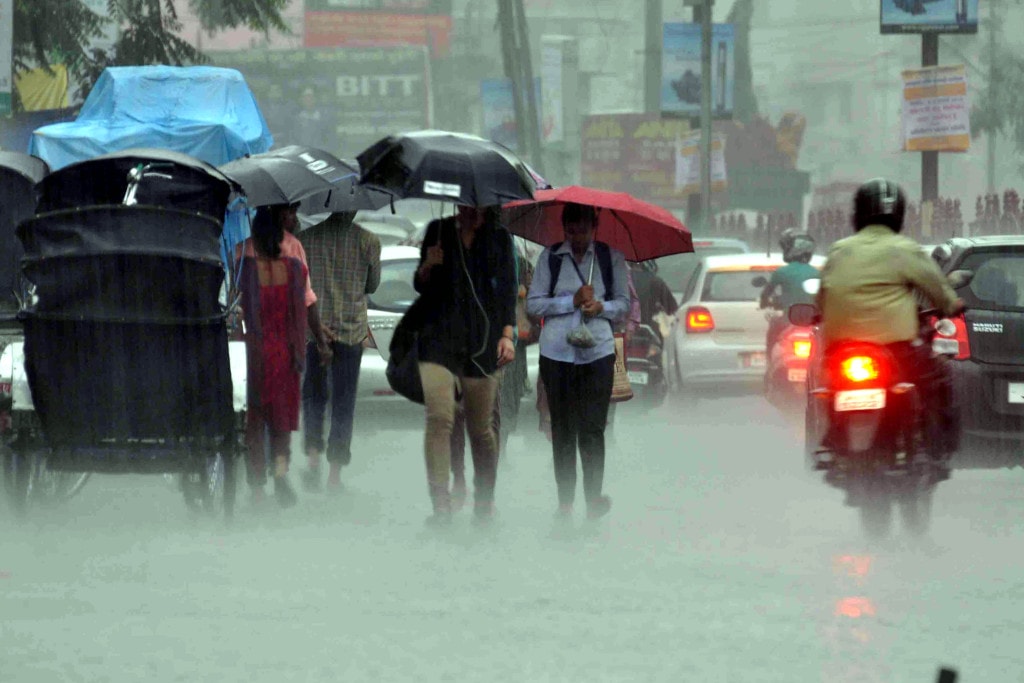 As a result,the clouds and the sky enveloped the Sun and rains lashed Ranchi bringing the temperature down.

"The southwest monsoon advanced into some parts of Gangetic Bengal, Assam and Meghalaya. The northern limit is stretched between Thane (in Mumbai) and Calcutta. There are no strong weather systems over Jharkhand that pulled the current," said Upendra Srivastava of the IMD's Ranchi centre.

A duty officer at the Alipore Regional Meteorological Centre in Calcutta echoed him. "Monsoon has entered some parts of Bengal,Bihar and Orissa. " he said.

In June so far, Ranchi has received 40.4mm rainfall while the figure in pre-monsoon months (March to May) was 150.7mm. Jamshedpur has recorded 20.6mm this month while cumulative rainfall from March to May was an impressive 274.4mm. Bokaro tops the June rain chart with 109.1mm. In pre-monsoon months, Bokaro notched 106.9mm.

Weathermen said there would be significant changes in maximum and minimum temperatures in most places during the next 72 hours.