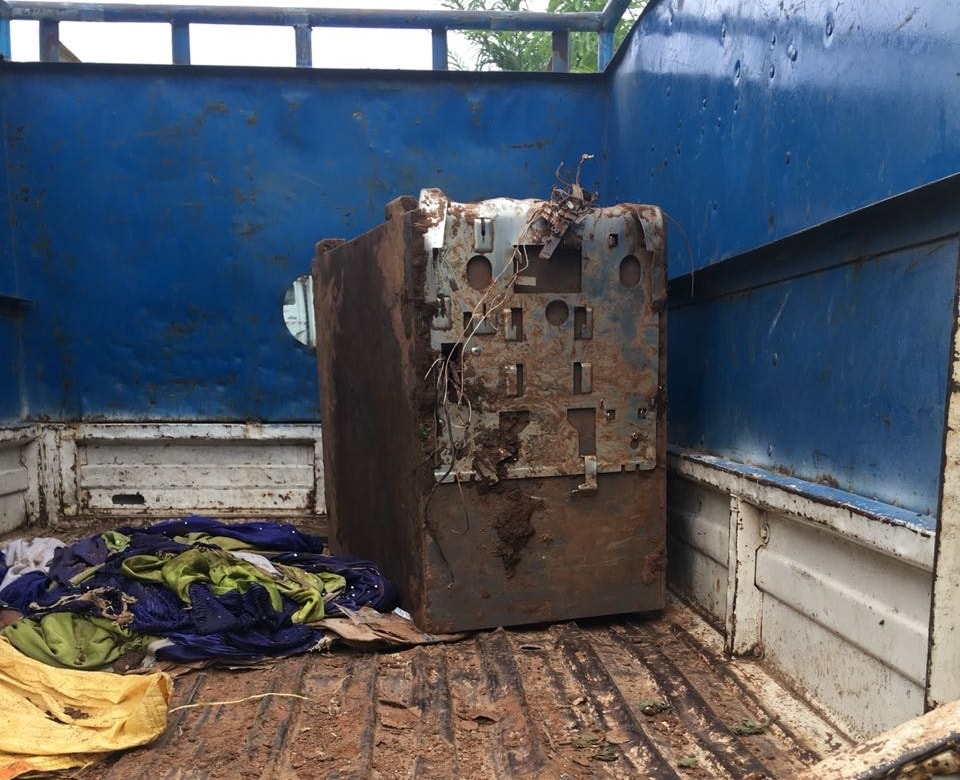 *Ratan Lal's picture shows recovered ATM of the SBI on a truck of the police.

The State Bank of India's ATM machine was found in a jungle falling under Katamsadi police station area in Hazaribagh district of Jharkhand.

An investigation revealed that the SBI ATM carrying Rs 33.94 lakh was located at Katamsadi Chowk.On Tuesday night, yet to be identified thieves had come to pick up cash."But when they could not open or break it,they lifted the entire ATM,took it to a nearby jungle,put it up there and fled,said the police.

The site inside a jungle is located nearly 500 metres away from the Katamsadi police station. The police started an investigation on the basis of CCTV footage.The ATM was lifted and taken to the jungle site by a Pickup Van.

Apart from the ATM,cash sum of Rs 33.94 lakh,the police have seized the Pickup Van also".Now the police have launched raids to nab the culprits who remained beyond their reach.