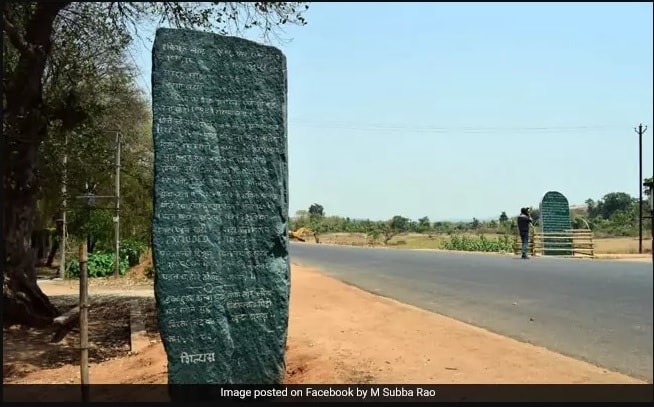 The BJP government led by Chief Minister Raghubar Das is in ease of restoring normalcy in tribal areas after almost one year ever since a section of tribals put up ''pathalgadi'' as a mark of protest.

"The credit lies in the teamwork of the Khunti administration and the police directed by the CM", said a senior IAS officer.

Now, the tribals say they were 'misled'.Many of them have pledged, in the presence of area officials, to work in tandem with the administration for the development of the area.
''Pathalgadi'' is an age-old tradition of the tribals, wherein they erect monoliths in the name of their ancestors on village borders.

The tribals in Khunti had started using ''pathalgadi'' as a form of protest against the government by setting up parallel administration.

"Our investigations have found that a group of tribals involved in criminal activities such as running an illegal bank, levying money and promoting opium cultivation in interior areas of tribal homeland-Khunti", said a senior police officer.

Before removing the ''pathalgadi'' stone under the supervision of village head Ashok Munda, the villagers performed traditional rituals and organised a feast in which all participated.

On July 12, a gram sabha was held wherein villagers decided on the removal of the stone and informed the district authorities.

Now, the Raghubas Das government is learned to have ordered activating development schemes in pathalgadi affected villages."We are happy that the officials have started visiting the areas and promising to build road, toilets and school",said a villager.