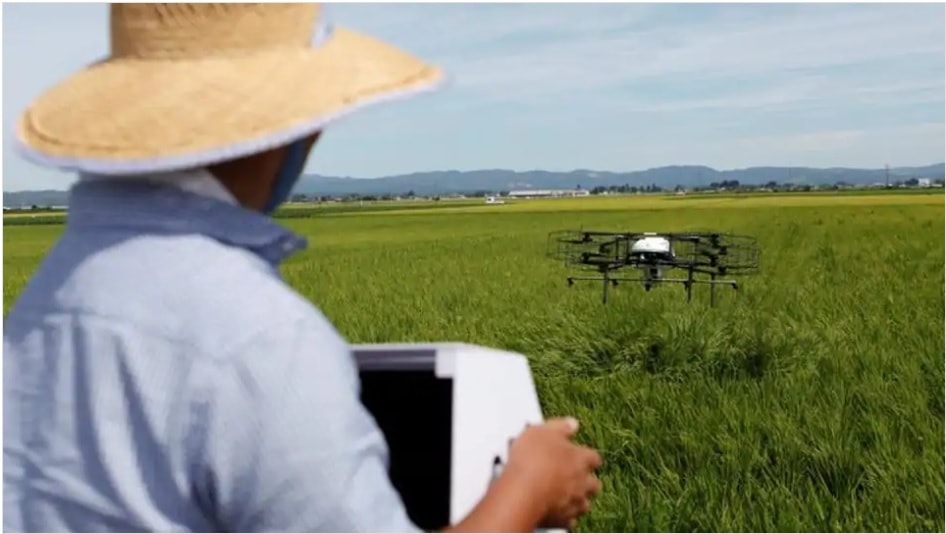 Believe it or not, developers are working to come up with Drone for farmers who can use it to apply pesticides and fertilizer in paddy fields.

This means what is going to change the farming system in the world can be Drone.

No joke, it is a breakthrough development in agriculture as a next-generation farmhand in Japan’s aging rural heartland is going to be a drone, reports Reuters.

Authored by Tome, the report states that "for several months, developers and farmers in northeast Japan have been testing a new drone that can hover above paddy fields and perform backbreaking tasks in a fraction of the time it takes for elderly farmers."

"The drone can apply pesticides and fertilizer to a rice field in about 15 minutes - a job that takes more than an hour by hand and requires farmers to lug around heavy tanks."

Talking about its creator, the report states that the Nile-T18 was developed by drone start-up Nileworks Inc and recently tested in collaboration with JA Miyagi Tome and trading house Sumitomo Corp.

"Their aim is to ease the physical burden and improve productivity in rural areas battling decades of falling birth rates and migration to urban areas", states Reuters report.

Its adds:"Compared to larger radio-controlled mini-helicopters that cost around 15 million yen ($135,758) with spray equipment, the drone is smaller and cheaper, with a price tag of about 4 million yen."

Nileworks plans to start selling the drone in May, with an annual target of 100 units in year one and 4,000 in five years.