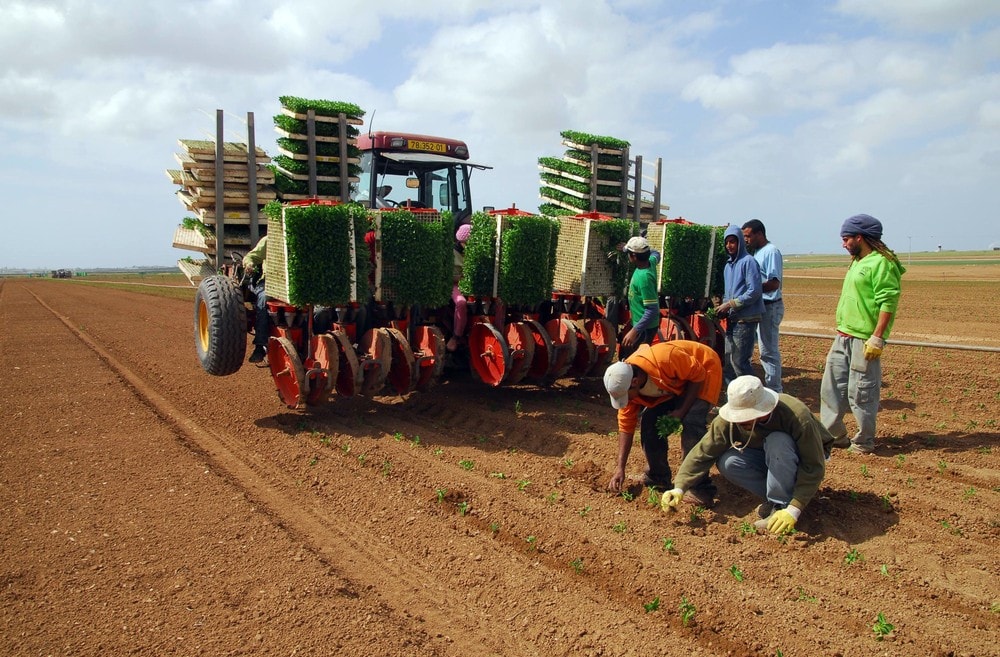 Thanks to the CM Raghubar Das, Jharkhand farmers are learned to be learning modern techniques of farming in Israel.

After the CM Raghubar Das sent off 26 farmers, accompanied by the state government officials, to Israel on Sunday, Israel officials welcomed them at Jerusalem. Soon, they were taken to agriculture sites,it is learned.

The state government led by the CM Das has sent them to learn the new techniques and use those methods in their own farming in Jharkhand.

As it is, Israel is a country geographically smaller than Jharkhand, but its per capita income is greater than that of India.Also, Jharkhand is lagging behind in grain production. Against this backdrop, the aim behind sending these farmers was to make farmers become self-sufficient in producing grains.

Which is why perhaps, the CM Das, while talking to them before their departure, advised them to learn modern pisciculture, animal husbandry, horticulture, besides farming.

Officials say that in their four-day trip, the farmers would visit dairy farms, production units of fruits and vegetables and learn about the functioning of drip irrigation.