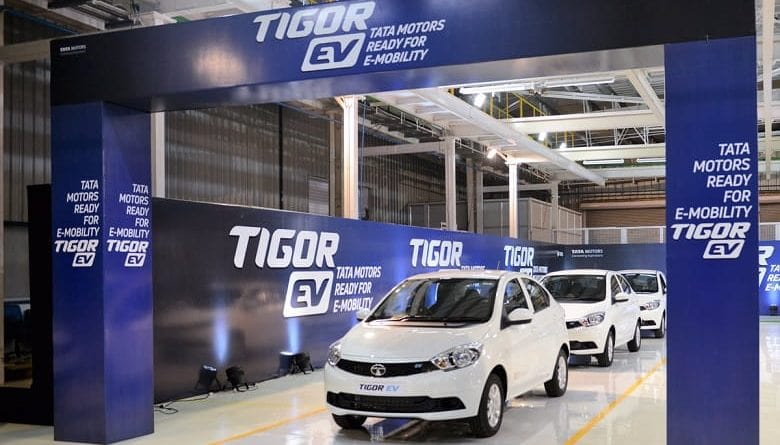 Although Energy Department has been reeling in debt for long and people suffering untold miseries due to power cuts, its officials in Jharkhand ruled by BJP government led by Chief Minister Raghubar Das, have taken a lead by purchasing the latest electric vehicles.

Right now, this department like many other departments in the state use petrol and diesel vehicles and thereby spend huge sums to run them. Keeping aside its debts and by having these electric vehicles, they have their own logic. Not wrong though. The cost of running the vehicles is going to go down, a senior Energy Department official reasoned.

In any case, since the end of petrol is near, the future of transportation lies in solar energy and electricity. Moreover, India can save about Rs 1.2 lakh crore of forex outgo towards oil imports every year. This is possible by adopting a policy regime to promote electric two-wheelers, a report by Niti Aayog states.

Official records show that "India has a lot to gain by converting its internal combustion engine (ICE) vehicles to EVs at the earliest", the report under the title 'Zero Emission Vehicles (ZEVs): Towards A Policy Framework' indicates.

Before he made an appeal, this report was handed over to Prime Minister Narendra Modi at the Global Mobility Summit 'MOVE'.Data show India has over 170 million two-wheelers.

If each of these vehicles consumes about half a litre of petrol per day, the total amount of petrol used by such vehicles works out to be about 34 billion litres.Report states:
"At Rs 70 per litre, this would cost about Rs 2.4 lakh crore. Even if we assume that 50 per cent of this is the cost of imported crude (as tax and other maybe 50%), one may save Rs 1.2 lakh crore worth of imported oil."

Against this backdrop,the State Electricity Department's decision to purchase electric vehicles has to be looked into.Negativity must be ignored and with an aim to move forward,then the people have to accept, promote and deal with the campaign against electric vehicles.

In New Delhi, Union Minister Piyush Goyal has expressed disappointment over some companies running a campaign to run down electric vehicles to promote their hybrid cars in India.

Goyal also urged those companies to manufacture electric cars and come to the Indian market if they wanted a share of the pie of the big opportunity in India.