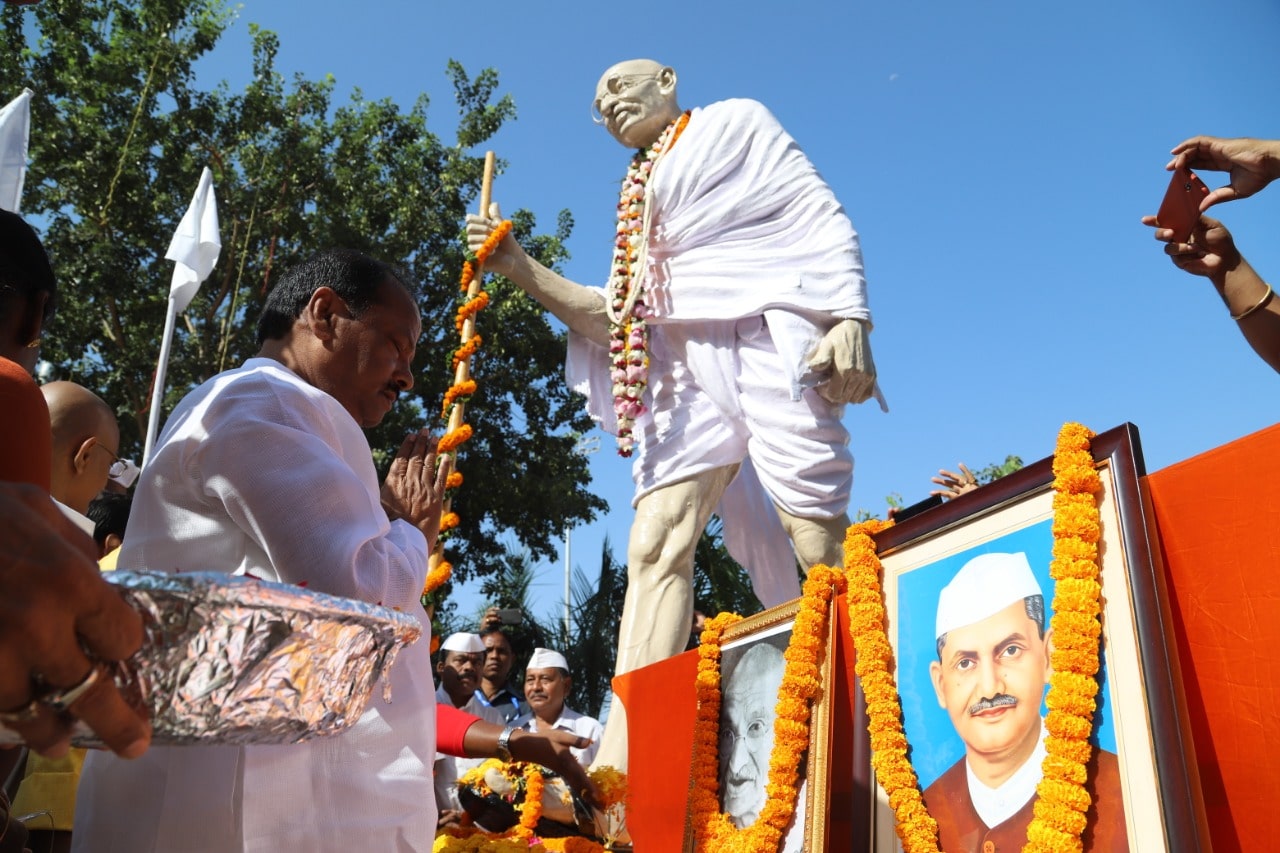 On the occasion of the 150th birth anniversary of the Father of the Nation, Mahatma Gandhi, Governor Draupadi Murmu and Chief Minister, Raghubar Das paid floral tributes to Mahatma Gandhi at Bapu Vatika of Morahabadi, Ranchi

Speaking on the occasion the Governor said that only after following the ideals of Mahatma Gandhi and the way he showed us, we can build a prosperous Jharkhand and prosperous India. We all need to leave the fight of caste religion and move forward. Clean India campaign will be embodied only by keeping the mind, word and deeds clean. The dream of Mahatma Gandhi's clean India will come true only when we will create a public movement for all cleanliness campaigns.

On this occasion, Chief Minister announced the renaming of Audrey House as Mahatma Gandhi Smriti Bhavan. The Chief Minister said that it is our duty to fulfill the dream of the Father of the Nation, Mahatma Gandhi. Today, Jharkhand is 99 percent ODF. There has been awareness among the people in the whole state of sanitation. Before the year 2014 the state was just 16 percent ODF. By 15th November 2018 our state will be 100% ODF.

The Chief Minister also said that it should be the goal of all of us to ensure the use of 100 percent toilets. Spread the awareness among people in mission mode for this. Community cleanliness cannot be achieved only at the government level, for which everyone need to work with commitment and resolution. He also praised the tireless efforts of Anganwadi workers, water chaplains and hygiene sisters in this campaign.