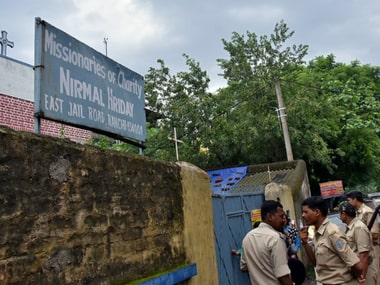 Months after the Roman Catholic Church backed the nun at the Missionaries of Charity shelter home in Ranchi were arrested for selling four babies, the police are going to lock it up now.

Early this year, a video of the nun showed that she had confessed to her role in the racket. In this short clip, the nun says three babies had been sold but the fourth infant was given away for adoption for free.
Investigations revealed that the nun and another employee of the Nirmal Hriday, run by Mother Teresa's charity, were arrested for allegedly selling infants for adoption.

The racket at the Ranchi branch had triggered a state-wide crackdown on shelter homes, particularly those run by the Missionaries of Charity.

Soon, Bishop Theodore Mascarenhas of Ranchi broke his silence and criticised the manner of an ongoing investigation amid attempts to systematically malign the charity set up in 1959. The police, he told www.jharkhandstatenews.com, is "treating the whole of Mother Teresa's organisation as a criminal gang".

The top church official also asserted that the nun is innocent and she had told her lawyers that the confession claimed by the police, was extracted under pressure.

A confession before a police officer does not make a world of a difference to support the prosecution's case during trial, whether it is on video or on paper.

The video, however, is seen to have been leaked by the police to counter the perception that the police probe by driven by politics. Now, locks are going to hand ar Ranchi based the Mother Teresa's organisation, say the police.