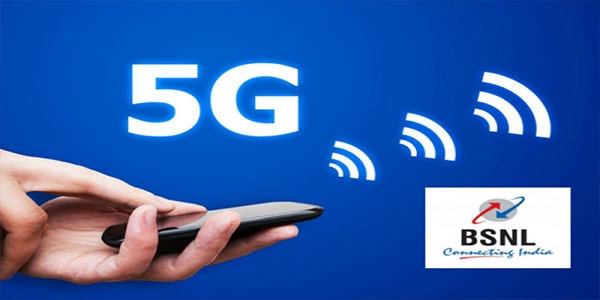 Internet revolution was made in 2016 when Jio 4G data network fastened use of mobile data in India. This is the past.

Now, as the world moves towards the first commercial deployment of a lightning-fast data network, 5G can be expected in India as early as this year.

Already, State-run telecom company BSNL has inked a packed with  Japan's Softbank and NTT Communications to roll out 5 G and internet of things(ioT0 technology in India.

BSNL senior officer told www.jharkhandstatenews.com that his company has a plan to collaborate with Softbank for its satellite constellation comprising as many as 900 satellites.

As per the Ericsson Mobility Report by the Swedish telecommunications company, "5G network service will likely go into the history books as the start of an even bigger societal change, which will enable enhanced mobile broadband services like virtual reality (VR), augmented reality (AR) and 4k videos."
"5G will kick off with enhanced mobile broadband as its first use case. By the end of 2023, there will be 1 billion 5G subscriptions, accounting for around 20 percent of mobile data traffic," says the report.