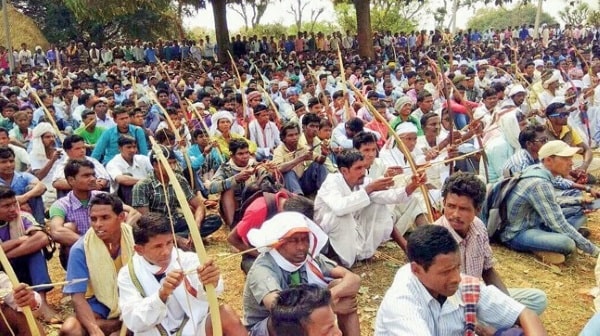 The Income Tax sleuths are in the process to hook up the suspected accused responsible to evade tax by hoodwinking the law of the land.

Investigations revealed that ID department has identified over 400 cases where tax evasion have taken place in name of ‘donation’ of Adivasi land to non-tribal people interested in the acquisition of property in state circumventing the SPT and the CNT Acts.

The IT officer said that a sale and purchase of land was prohibited under the acts, the Adivasis have ‘donated’ their land to non-tribal people and received a large amount of money from the latter as payment. In such cases, the Adivasi receiving the money has to pay the capital gains tax. But this was not done.

More,those using black money to make payment in lieu of the land would also be prosecuted.IT officer revealed that so far 400 have been found in Deoghar area adding that similar inquiry would be held other parts of the state.

www.jharkhandstatenews.com has learnt that action has already been initiated in 108 cases. This is part of one of the several ‘out of the box’ measures taken by his department to increase tax collection in Jharkhand.

In all, 272 cases have been identified where the assessed have shown exorbitant agriculture income to save taxes. In as many as 1412 cases have been listed in which tax evaders are routing their own money through companies based in Kolkatta and receiving them as loans.

It is learnt that IT sleuths have been examining cases of joint development agencies where people give their land near the urban localities for development in lieu of monetary gains. The message is simple: people getting the money should be paying the capital gains tax which they are not doing.