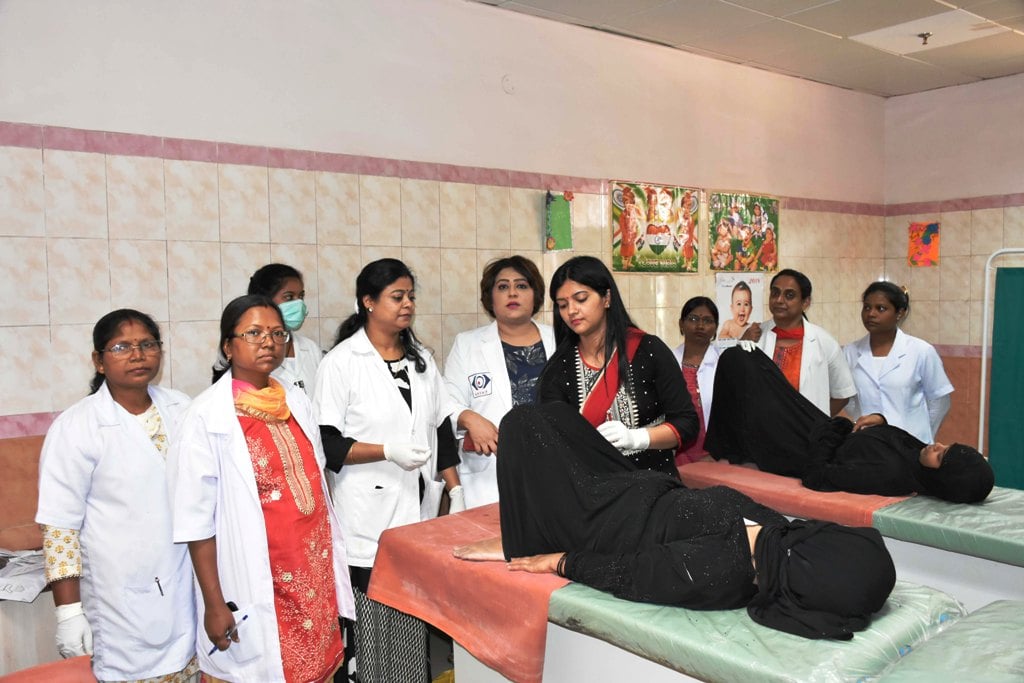 "Treatment of Cervical Cancer at Delhi costs around Rs.3.5 lakhs to Rs.5 Lakhs, by rough estimates. However the cost of a Colposcope is a mere Rs.1.50 lakhs. Equipping all state run health care centres with Colposcope and Cryo Machines would go a long way in ensuring better and health lives for the women in Jharkhand, particularly rural women," Dr.Gupta suggested.

Dr.Bharti Kashyap revealed that they were in the process of creating a pool of trained manpower to enable the state health department to attain its goal of a cervical cancer free state, within a fixed time frame. At all Mega Women's Health Camps including the twin camps at Koderma and Ranchi on November 3 and 4, 2018 respectively, arrangements were made to impart training with the assistance of experts from Chittaranjan Cancer Institute, Kolkata and Rajiv Gandhi Cancer Institute and Research Centre, New Delhi. to all  women doctors employed with the state health services on use of Cryo Machines and Colposcope for early detection and cure of cervical cancer, she said.

At the Mega omen Health Camp at Koderma, on November 3,2018 , 554 women were screened of which 60 percent were found to be diagnosed with infections of their reproductive organs, whilst 12 women were diagnosed with pre cervical cancer.

At Ranchi, of the 300 women, screened, 4 women were diagnosed and treated for pre cervical cancer whilst another  60 percent, were found to be diagnosed with infection of their reproductive organs, Dr.Kashyap revealed.