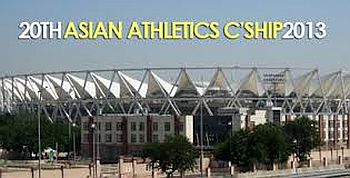 India may host the Asian Athletic Championship in Ranchi.After the Asian Athletics Federation(AAF),its counterpart in India preferred to hold the event in Chennai.Tamil Nadu declined to allow Srilankan athletes.This was not acceptable to AAF.Now Jharkhand government is considering the proposal to hold it in Ranchi.

‘We have discussed the proposal with the Governor’s Advisor.So far we have discussed only the budget and preparatory matters.A final decision is yet to be taken by the state government”,said the state’s Director (Sports)Ashok Kumar.

If the Jharkhand government gives its go ahead,the dates to hold it before the onset of winter may be finalized.More than 750 athletes including 120 international athletes from 45 countries can participate in the event.A sum of Rs 15 crore is to be spent on organizing it.

The championship is being organized every two years since 1973.