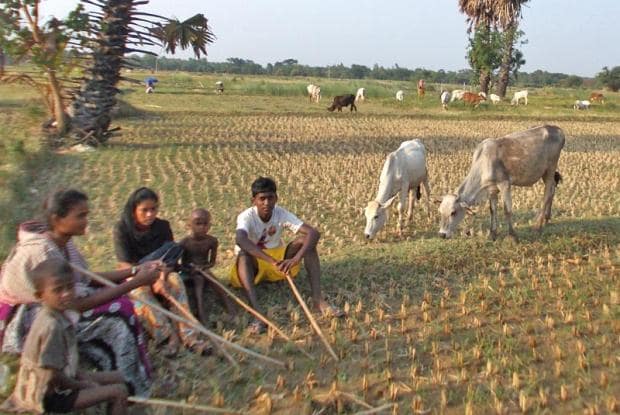 The conclusion of two -days long state government sponsored ‘Global Agriculture and Food Summit’ was marked by a major announcement made by Chief Minister Raghubar Das that farmers will get a loan without any interest for the next one year.

The announcement was welcomed by many farmers across the state."By securing a loan without interest, we can increase our income and provide jobs", said Sunanda Oraon, a tribal farmer who resides in Ormanjhi block of the Ranchi district.

Another tribal farmer said: "This announcement could have been made by any platform. But the CM used it with his own plan to gain their support."

More,since the CM's announcement was made on inaugural session of the Global Agriculture & Food Summit on Thursday,months before the General Elections(Lok Sabha polls)are slated to be held in mid 2019,a neutral observer opined that the move was aimed to mobilize farmers and their families by using public funds.

"This Summit was organized to make use of public funds for gaining the support of farmers for the ruling BJP. This must be examined by the judiciary", Dipak Munda, a school teacher.

In any case, the Summit was organized with an aim to boost the agriculture sector. Scores of farmers, some from tribal and other farmers from on-tribal communities, who were invited by the state government, came, stayed and got fed by the state government free of cost at Khelgaon in Ranchi.No outcome in the form of institution building was visible right now,though promises in the form of MoUs were in plenty."Let's hope for the outcome of this multi-crore Summit," said another tribal farmer on condition of anonymity.

However, a large number of pro-BJP and thereby 'enthusiastic and progressive farmers' were spotted at the site of the programme from across the State.

According to the department’s notifications around nearly,10,000 farmers have taken part in the event. Whether or not any one of them learned is not known, a group of farmers were 'guests' of the state government that provided them travel allowance, lodge, and food free of cost. As such, their reaction can be well imagined.

Reacting to the mega event a farmer from Karanwakala village of Garhwa Block in Garhwa, Pramod Tiwari said this event was an opportunity for the farmers of Jharkhand because large numbers of experts have joined the programme to disseminate their knowledge through this event.

As agriculture in Jharkhand is getting less importance than mining and industry the event has given ample opportunity to farmers of the state to increase their income, he added.

Tiwary further said that he is cultivating flowers and he has developed a flower ba y hybrid method which is not available in any part of the world even he shown the picture the flower. He said that such kind of event will also provide an opportunity for farmers to show their products.

A group of farmers from Pundugiri village of Tamar Block in Ranchi District said the program will give opportunity convey our message to higher authorities. One of them Harikrishna Badaik said that there is an immense opportunity in Jharkhand to bring itself equivalent to Punjab and other agricultural developed states.  “As agriculture in the State is completely dependent on monsoon, irrigation for other crops is difficult, so we need better irrigation facility to increase our productions,” he added.

A fish farmer from Barhi in Hajaribagh District Mohammad Jasin said, as such kinds of programme will give us the opportunity to meet with various kinds of people like experts, buyers and other farmers.

While praising the effort of the government a farmer from Ramgarh district Rajiv Pratap Raj said, this is good effort taken by Jharkhand government which will boost the morale of farmers and it will provide an opportunity for self employment as agriculture is the oldest business and it has so many areas of earning.

Raj further said, at present time agriculture is facing shortages of labourers. “So I have come here to see equipments which can solve our problems. The program also provides us an opportunity to market our products. Earlier we sold our products in the nearby market but now we have learned that how to get a right price of our products,” he added.