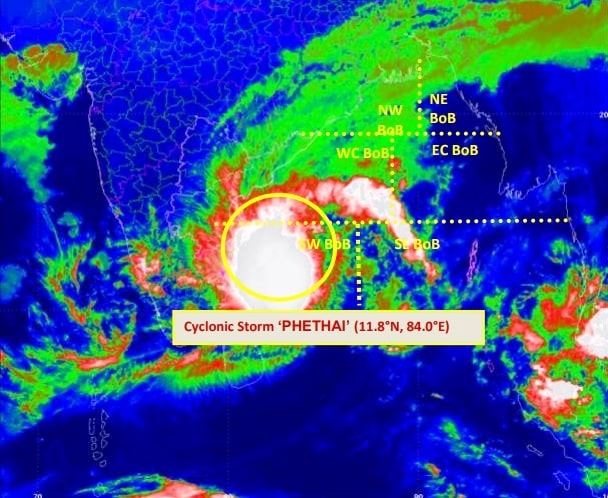 According to the Met department, the cyclonic storm is likely to hit Andhra Pradesh coast on Monday afternoon. Extremely heavy rainfall has been predicted at several places in Andhra Pradesh like East & West Godavari, Vishakhapatnam, Krishna, Guntur, Vizianagaram and Srikakulam Districts.