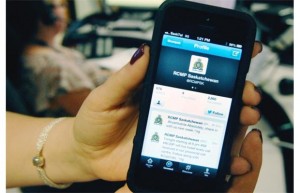 A 26-year old youth was stabbed to death by his three friends turned foes,over the alleged theft of a cell phone.

The youth called Ravi Jaiswal,who was reported missing since February 27,was found dead on March 5.He was reportedly stabbed to death by his three pals-Ajay Prajapati,Dilip Kumar Mahto and Prakash Sinha.The trio were arrested and sent to jail.

If the police are to be believed,Prajapati had lost a mobile set six months ago.He suspected that it was stolen by Jaiswal.This led to a fight between the two.Prajapati told the police that after Jaiswal beat him up,he was enraged.

Even Sinha told the police that he was angry with Jaiswal who had allegedly assaulted his wife.Subsequently,Prajapati and Sinha together with their friend Mahto caught him,kidnapped him,took him to a remote place in Khunti and stabbed him to death there.”All three had admitted that their quarrel had begun over a mobile phone”,says Ranchi SSP Saket Kumar.