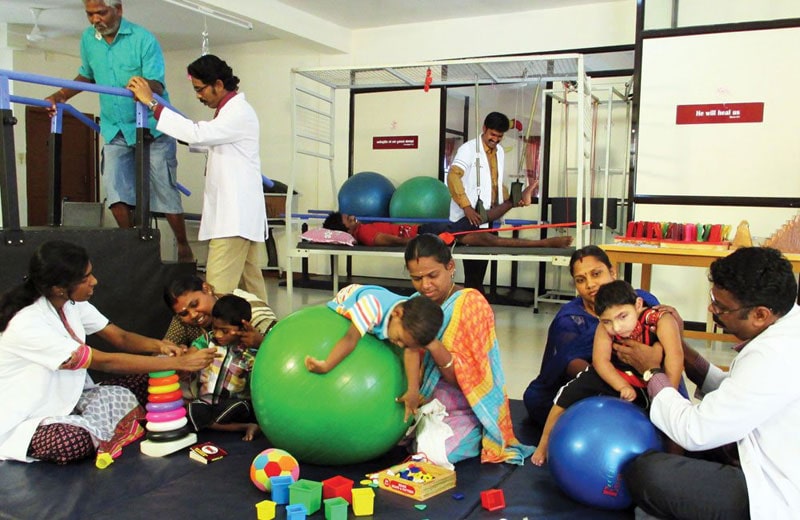 A piece of good news is that the state government is going to start operating a composite resource centre (CRC) for differently abled persons in Jharkhand.

The plan is two-fold. To begin with, a building at Namkum block has been identified and is going to be used as a temporary CRC building. This building has almost 35 rooms and it can start  functioning for persons with disability in April,

The plan two is to construct a new building. The land for it is being identified in and around Ranchi, capital of Jharkhand.It will be managed and run by the Ministry of Social Justice and Empowerment in the financial year 2019-20.

State Disability Commissioner Satish Chandra has informed that the State government has been directed to identify 15 acres of land for construction of the building by the ministry.

“Until the land is not identified, a 35 room building at Namkum block will be used as a temporary CRC building, which will start functioning in April," he said.

The CRC would have the option for rehabilitation, skill training and also medical facilities. “The doctors at the in house hospital in the centre will perform corrective surgeries for the differently abled and there would also be a provision for OPD. Also, artificial limbs will be made for them at the centre,” Chandra said.

The CRC will be run by the National Institute of Rehabilitation and Training, Odisha. The differently abled persons of the state can also get their disability certificate made at this centre.

"These centres were funded by the union government but the funds were stopped due to technical reasons. As a result, the centres were shut down," the commissioner said.

An amount of Rs. 2 crores has already been set aside by the government for this."

The six centres are at Ranchi, Dumka, Hazaribag, Jamshedpur, Dhanbad and Palamu. The function of these centres would be similar to CRC.

At present, there are 4.6 lakh persons who are certified as differently abled of which 1.7 lakh are linked to Swami Vivekananda Nishakt Swalamban Protsahan Yojna. Under this, scheme the beneficiaries are being given Rs. 600 per month, which is now going to be increased to Rs.1000 a month as announced by the Chief Minister during the ongoing budget session of the assembly.

Jharkhand,according to the census of 2011, has nearly seven lakh, differently abled persons.