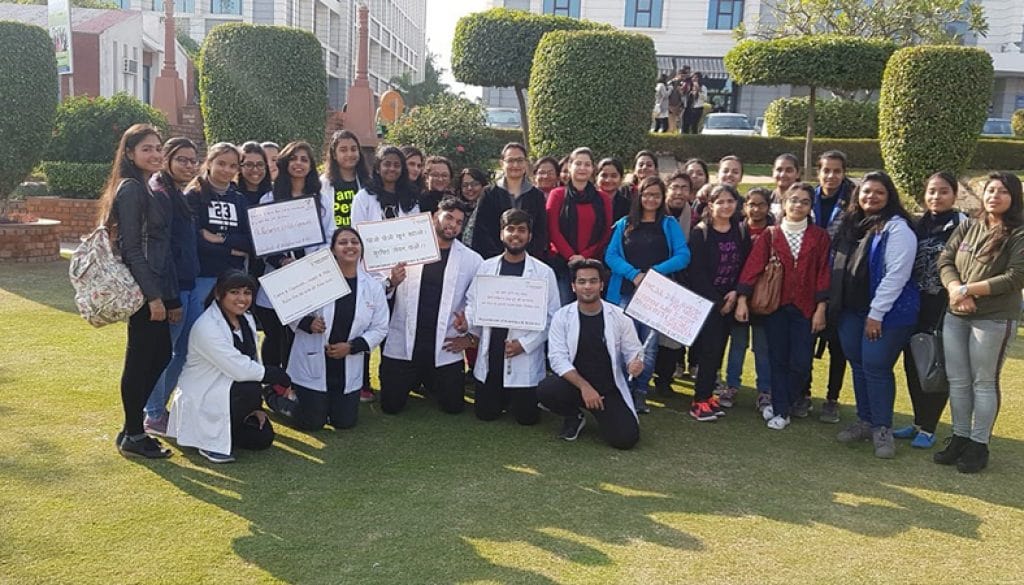 Anemia is a global public health problem that has not shown any significant improvement over the last decade.

Anemia is a condition in which the number and size of red blood cells, or the haemoglobin concentration, falls below an established cut-off value, consequently impairing the capacity of the blood to transport oxygen around the body. Anemia is an indicator of both poor nutrition and poor health.

Anemia and iron deficiency reduce individuals’ well-being, cause fatigue and lethargy, and impair physical capacity and work performance. Failure to reduce anemia worldwide consigns millions of women to impaired health and quality of life, generations of children to impaired development and learning, and communities and nations to impaired economic productivity and development. Maternal anemia is associated with mortality and morbidity in the mother and baby, including risk of miscarriages, stillbirths, prematurity and low birth weight.

Burden of anemia in Jharkhand

According to WHO, if the prevalence of anemia in a population is 40 per cent or higher it is categorized as a severe public health problem.

In Jharkhand, 70 per cent of children 6-59 months, 62.6 per cent of pregnant women and 65.2 per cent of women in the reproductive age are anemic. According to NFHS 4 report, anemia is more prevalent in rural areas of Jharkhand and among tribal women and women with no schooling.

Dr Madhulika Jonathan, Chief of UNICEF Jharkhand says, “Iron deficiency is the most common cause of anemia globally. But it is also caused by malaria, hookworm, nutritional deficiencies and chronic infections. Improved dietary habits can prevent anemia to a large extent, however NFHS 4 found that in Jharkhand only 16 percent of children (9-23 months) ate iron-rich foods before the survey and 17 percent of children age 6-59 months were given iron supplements in the week before the survey.”

Last year, 8 March 2018, Prime Minister Narendra Modi launched the POSHAN Abhiyan with an aim to reduce stunting and anemia by 2 per cent and 3 per cent annually. This isa reflection of India’s strong commitment towards improving the nutritional status of children and women.

The Ministry of Health & Family Welfare (MoHFW), Government of India has launched the “Anemia Mukt Bharat” programme to address anemia across the life cycle. It will follow a 6x6x6 strategy which focus on six target beneficiary groups, through six interventions and six institutional mechanisms in order to achieve the envisaged target under the POSHAN Abhiyan.

3.    Intensified year-round Behaviour Change Communication (BCC) campaign including ensuring delayed cord clamping in newborns. Delayed clamping of the umbilical cord for 3 minutes (or until cord pulsations cease) for newborns across improves the infant’s iron reserves up to 6 months after birth.

4.    Testing and treatment of anemia, with focus on pregnant women and school-going adolescents

6.    Intensifying awareness, screening and treatment of non-nutritional causes of anemia in endemic pockets, with special focus on malaria

2.    Inter-departmental convergence: The Anemia Mukt Bharat has given an opportunity to various department such as MoHFW, Women & Child Development, School education and Tribal Welfare to work convergently to achieve the reduction in anemia prevalence by 2022.

The Government must ensure optimal programme coverage, continuity, intensity and quality (C2IQ) for achieving the desired result. Ensuring evidence based equitable approach and prioritizing the most vulnerable groups under this intensified programme would help reaching the goal faster.