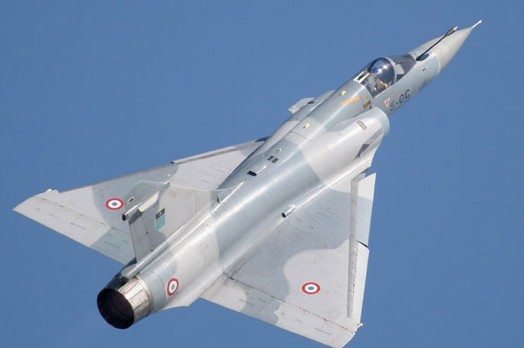 The Indian Air Force(IAF) in wee hours of Tuesday morning carried out air strikes on terror camps at multiple locations in Pakistan occupied Kashmir (PoK) and Khyber Pakhtunkhwa in Pakistan. The target of the air strikes was the various infrastructure of Jaiesh-e-Mohammed (JeM).

According to IAF Sources, 12 Mirage 2000 deep strike fighter jets were used to strike the terror camps using 1000kg bombs at around 3:30 AM in the morning.

The sources said that the fighter jets struck targets that included control rooms of Jaiesh-e-Mohammed outfit which carried out terror attack on a CRPF convoy in Pulwama on February 14, killing 40 troopers and injuring several others.

However, Pakistan claimed that no infrastructure was hit in the strike. "Indian aircrafts' intrusion across LOC in Muzaffarabad Sector within AJ&K was 3-4 miles.  Under forced hasty withdrawal aircrafts released payload which had free fall in the open area. No infrastructure got hit, no casualties," tweeted Major General Asif Ghafoor of the Inter-Services Public Relations.

Following the strike by IAF, the entire border region with Pakistan has been put on high alert to deter any kind retaliation by Pakistan.

Foreign Secretary Vijay K. Gokhale told the media that the "non-military pre-emptive action was specifically targeted at the terrorist camp"  which he said was located on a hill top far away from civilian areas.