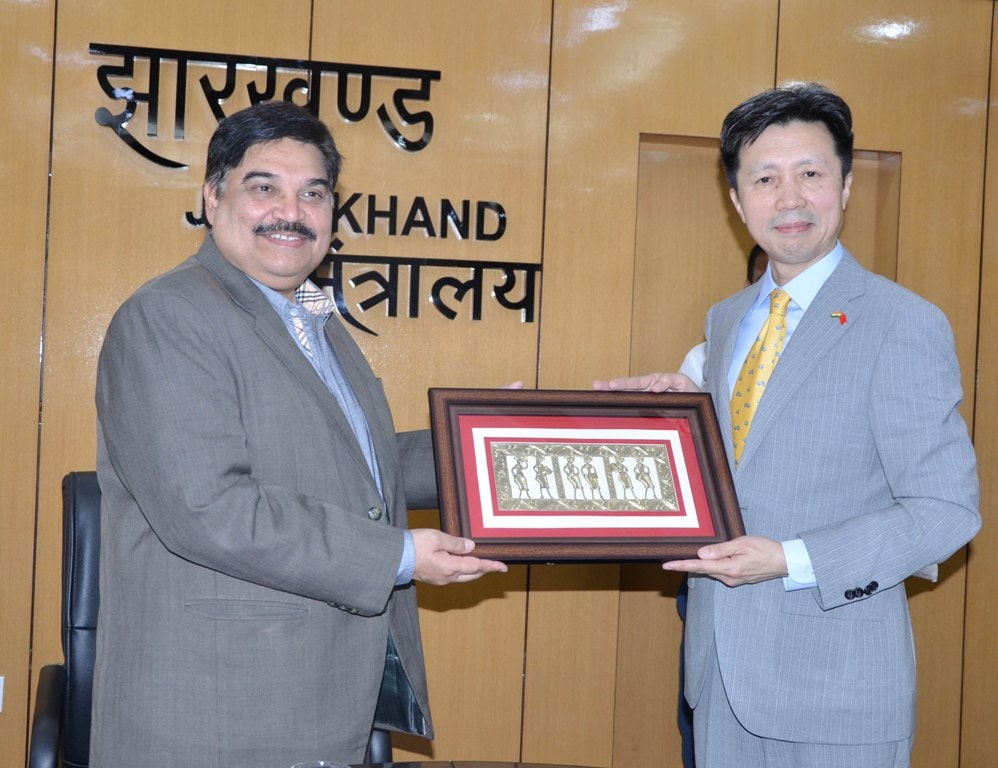 Chinese delegation met with Chief Secretary Sudhir Tripathi at his office and expressed their willingness to cooperate in the development of Jharkhand. The Chinese delegation led by Jah Leu, Consulate of the People's Republic of China, said that cooperation in the regions of India's North East and the South West provinces of China can be further expanded by marking the area of cooperation. He said that with companies like Jharkhand's Mineral and Tata, there is considerable scope for China to move ahead with China's heavy engineering and energy sector. At the same time consulate generals, invited Chief Minister Raghubar Das and Governor Draupadi Murmu to visit China in June through the Chief Secretary. He said that the Chief Minister has already visited China, but this time the visit will focus on increasing business with mutual cooperation.

While discussing the achievements of ease of doing business in Jharkhand, the Chief Secretary said that due to the reform, the state has been number one for two consecutive years. He said referring to the state's mineral resources- coal that this source of energy is conventional and it has a limit, so we have to focus on other areas. Referring to the Global Skills Summit and Agriculture Summit held in the state, he said that in the field of Agriculture we can mark the area for mutual cooperation. It was agreed that China and the Jharkhand government will mark the areas of cooperation and reach concrete results.