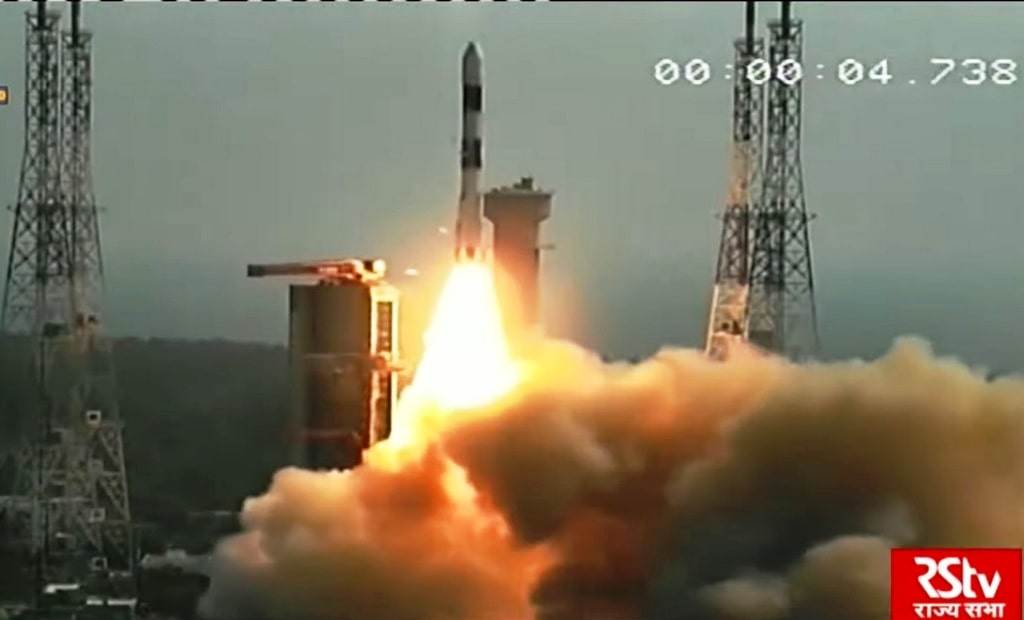 At exactly 9.27 a.m. on Monday morning, ISRO's PSLVC-45 blasted off from the Satish Dhawan Space Centre in Sriharikota carrying with it India's enemy radar-spotting satellite EMISAT developed by Defence Research and Development Organisation (DRDO). The rocket also carried 28 international customer satellites. The launch was executed in a copy-book style and the satellite 'EMISAT' was placed into the sun-synchronous polar orbit.

The satellite weighs about 436 Kg and its primary task will be to monitor and provide locations of enemy radar sites deep in their territory.

A notable aspect of this space mission was that the ISRO for the first time used a new variant of the Polar Satellite Launch Vehicle (PSLV), switching off and on the fourth stage engine couple of times and the use of the fourth stage as an orbital platform carrying three experimental payloads.

Also for the first time, the general public was invited to view the launch. About 1200 people enjoyed the spectacle from the newly built viewer's gallery.

The 23 foreign satellites carried along included satellites from countries - Spain, Switzerland, Lithuania and the USA.

Addressing a press conference after the launch, ISRO's director Sivan congratulated all the scientists and technicians and also informed about the launch of PLSVC-46 followed by PSLVC-47 and Chandrayaan 2 in the month of May.