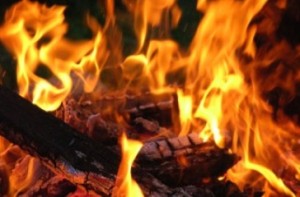 By setting ablaze the house of its breakaway faction’s leader at Talksmar village in Palamau district last night,CPI(Maoist) has indicated that it is not going to compromise with it.

The torched house belonged to the People’s Liberation Front of India (PLFI)’s self-styled zonal commander Baijnath Yadav.In the absence of Yadav,the CPI(Maoist) cadres reportedly asked his family members to vacate it before setting it afire.

PLFI,a breakaway faction of the CPI(Maoist),had carved out its own area of influence in Ranchi,Simdega,Khunti and Gumla.”The CPI(Maoist) and the PLFI were locked in a war of supermacy in this belt.

Now,the former is trying to drive away the PLFI to regain its hold.Which is why the latest incident”,said a senior police officer.