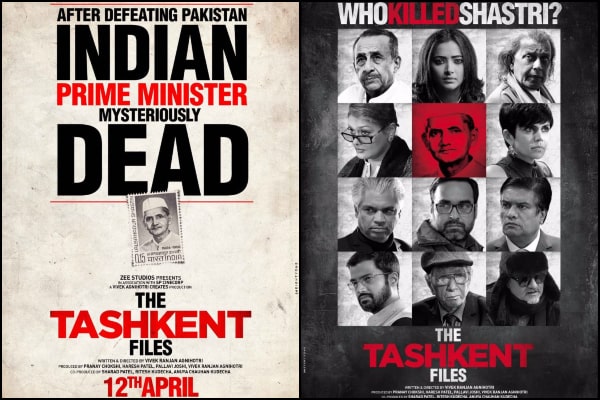 Tashkent files film review- I have been traveling and reporting for the general elections all across India. For the last 4-5 days a lot of people have been talking about a film ‘Tashkent Files’. I rarely see films. The last film I had seen was Udta Punjab. Since I received a lot of WhatsApp messages on Tashkent Files and everyone on social

Media has been talking about it, I went to see it on the eve of voting. It was house full and I had to sit in the front row.  There were mostly youth. People kept clapping and started shouting Bharat Mata ki Jai in the end. Then the hall went silent as the last slides came.

As the people were coming out they were all discussing how Congress has cheated this country. I heard a lot of first time voters say that now they will not only vote for Modi but make sure that Congress is wiped out.

This interested me because I could see a journalistic story there so I started talking to some of them. They were bit outraged and bit frustrated. We spent an hour together at the tea stall downstairs. In summary, they felt that India should have been a superpower and it couldn’t achieve this because ‘India was Sold’ by the Congress Party (as depicted in the film). They didn’t know much about the political dynamics but they told me in no uncertain terms that after seeing the film they have decided to vote for Modi because Modi will never sell India.

I am writing this note to illustrate how a film can influence young voters. This is not a review of the film. It’s an analysis of this film’s impact. Though the film is just an account of Shastri’s death, it’s evoking a very strong emotion of nationalism and without even intending the film has succeeded in influencing young voters to vote for Modi. What is remarkable in this film is that without taking any sides it forces you to compare Modi with the Congress in terms of patriotism and honesty. Even if you are a staunch Congress supporter, you will be forced to rethink about your choice. In fact, all the first time voters became very passionate about voting after seeing the film and said “We will now surely vote because it’s our first right to know the truth” which is the principal theme of the film. If this small budget, non- starter film can bring about action and behavioural change then why can’t big film studios think about using films as a medium to contribute in social re-engineering of our society.

In this aspect, I’d say Tashkent Files has succeeded like no other film before. You must see this film and you will come back questioning our democracy, politics, history and above all your own beliefs.

If there is a tea stall nearby, sit there for some time and think about our country. That will be the real shradhaanjali to Lal Bahadur Shastri, as desired by the heroine of the film.