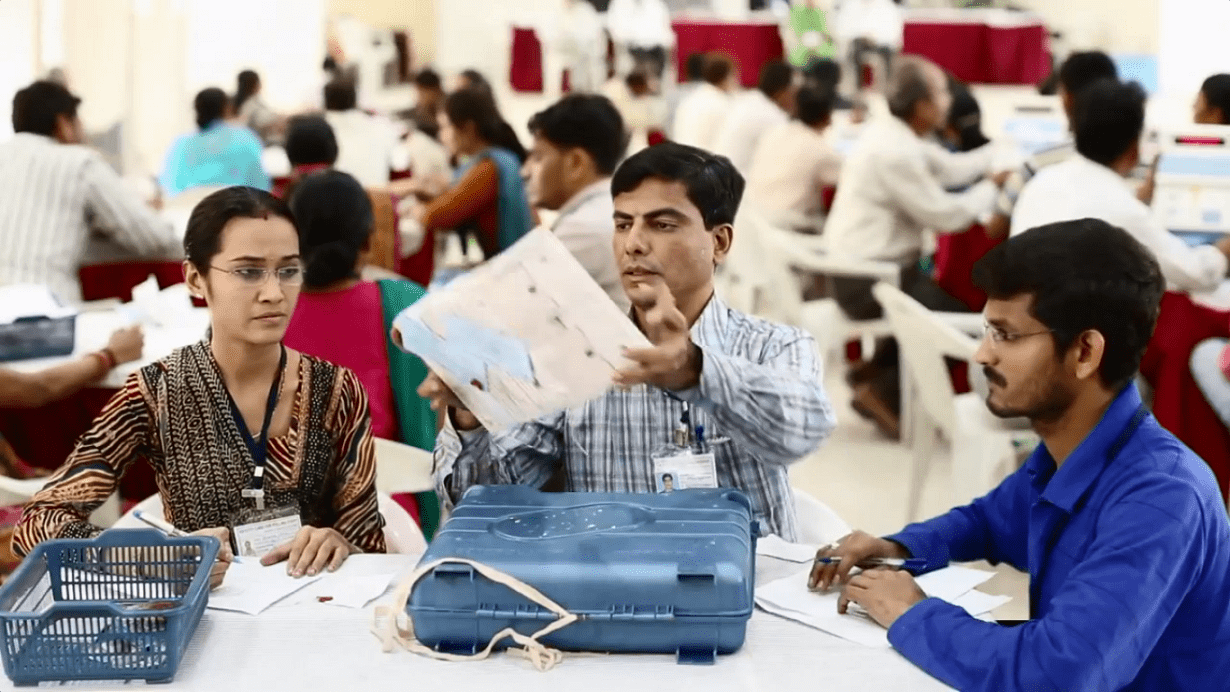 Counting of votes for 14 Lok Sabha Election in Jharkhand will start from 8 am on 23 May 2019. L. Khiangte, Chief Electoral Officer, said that all the preparations have been done for the counting of votes. Comprehensive security arrangements have been made at all the counting centers. The security of the Strong Room is consistently being done by the Central Armed Police Forces and returning officers have also been given the instruction to follow the guidelines of Election Commission of India.

Mr. Khiangte told that on the day of counting, the Strong Room will be opened in the presence of candidates/agents and observer of the Election Commission of India. Its videography will also be done. Also, EVM votes will be matched with the address tag, seal and serial number before the counting process starts so that candidates and their counting agents do not have any doubts about EVM. He also said that counting will be done in a phased manner. After the end of one phase, the votes of the next phase will be counted. Counting of votes of 14 Lok Sabha seats in Jharkhand will be done on the basis of assembly constituency. In this regard, 81 constituencies will be counting in 81 halls.

After the process of counting, all EVMs - VVPATs will be brought to the Strong Rooms. After sealing it, it will be kept in the double lock. Mr. Khiangte said that the process of locking EVM-VVPAT will be completed in the presence of a candidate or his electoral agent and observer. With this, videography of the entire process of sealing will also be done.

The counting of slip received from VVPAT and the conformity of the protocols prescribed by the Election Commission is likely to take 4-5 hours more in the counting process as compared to past elections.