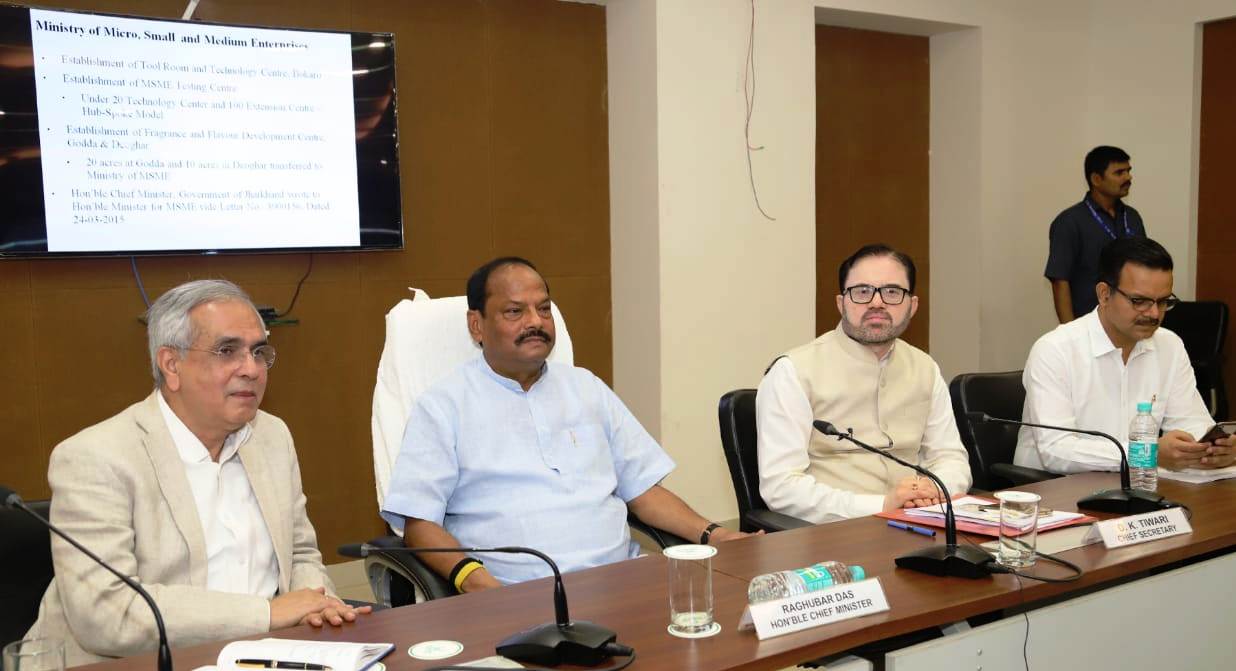 Chief Minister Raghubar Das said that the Jharkhand government is committed to the development of the state. Continuous work is being done for the people to get good health facilities, education and infrastructure. Our goal is to bring the state in the forefront in these areas. The Chief Minister was speaking in the meeting of Niti Aayog with Jharkhand Government at Project Building.

The Chief Minister said that the State Government and the Niti Aayog are working well together. The Aayog understands our expectations and is cooperating for improvement. The Chief Minister emphasizing to work more in the nutrition program said that Poshan Sakhi has been appointed for that.

Addressing the media after the meeting, Dr. Rajiv Kumar, Deputy Chairman, Niti Aayog said that several important issues have been reviewed in today's meeting. Niti Aayog appreciates progress in education sector in Jharkhand. Also, initiative taken by the state government to overcome the problems of child marriage and malnutrition is commendable. In the meeting, in Bharatmala project on behalf of the State Government demand for cooperation in connecting 790 km 4 lane road to Jamshedpur-Dhanbad-Dhamra Port from Sahebganj was done. Demand for connecting Damodar River and Swarn Rekha river of Jharkhand in the Campa fund was also made. Accelerating the activities related to Jharia rehabilitation was discussed. There was an agreement for resolving issues related to Jharia rehabilitation by arranging a Niti Aayog meeting with Jharkhand Chief Minister and Coal Ministry, Government of India in Delhi.

Chief Secretary Dr. Tiwari said that the state government is trying to connect Dhanbad-Jamshedpur-Dhamra port to Bharatmala project by connecting Sahebganj and other big cities of the state. Other issues of the meeting include discussion on Tool Center in Bokaro. There was also a request for focus on cleanliness of Damodar and Swarn Rekha in the Campa Fund. At the same time, this action plan was considered for focus on education and health in Jharkhand. He said that IIM Ranchi is doing the work of third party evaluation on the quality of education from the merger of schools. He said that Dobha has been the best experiment of water harvesting in the state.