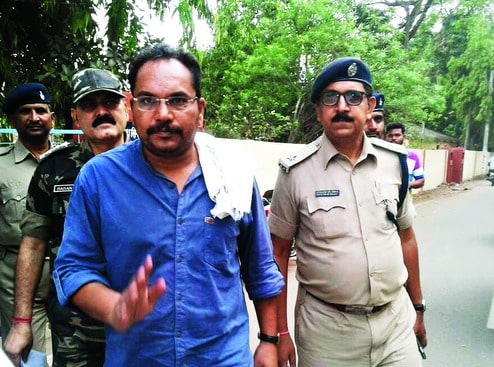 MLA from Jharkhand's Poriyhaat constituency Pradeep Yadav can be arrested any time after his anticipatory bail plea was rejected by the court in Deoghar on Tuesday.

The Session Judge Md Naseeruddin, who had heard both sides of the case and reserved verdict earlier, rejected his anticipatory bail plea.

Records revealed that Cyber Police Station in Deoghar had recorded his statement before the police officials in connection with a sexual harassment case. The case was registered against him by his own ex-party-JVM(P) spokesperson.

Yadav had recorded his statement before SDPO Vikas Chandra Srivastav in front of Investigating Officer of the case Sangeeta Kumari. In a closed room, the MLA  was questioned for about two hours by the policemen.

In the past, Yadav who contested the LS poll only to lose it is on record having said that the case was part of a  political conspiracy. He reiterated that he had been asked by the police to physically appear before them and keep his stand which he has done now and said that at a proper time the truth will reveal itself.

His ex-party spokesperson had accused him of sexually harassing her in a city hotel on April 20. On May 2 she had registered a complaint before the police at Deoghar Women Police Station. The case was registered as its number was 13/19.

Later after the end of Lok Sabha polls, Yadav was also forced to resign from his post as principal general secretary of the party over the incident.