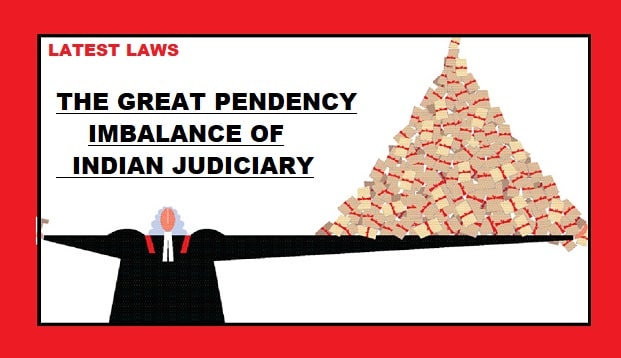 Believe it or not, there is no height of pending cases in India today. If data revealed by the Minister on the floor of the Rajya Sabha are of any indication, as many as 58,669 cases were pending in the Supreme Court as of June 1,2019. How about the High Courts?

In all, 43.55 lakh cases have been pending in various High Courts in the country as of the same date. Worse, out of these High Court pending cases,8.35 lakh cases were struck for more than 10 years and another 8.44 lakh were pending for long- 5 to 10 years.

This information is on the record made public after Union Minister of Law and Justice, Communications and Electronics & Information Technology  Ravi Shankar Prasad replied to questions asked by RS MP from Jharkhand Parimal Nathwani.

Minister’s reply says that as per the National Judicial Data Grid (NJDG), out of total cases pending in the various High Courts of the country, 18.75 lakh are civil cases, 12.15 lakh are criminal cases and 12.65 are writ petitions.

The Arrears Committees have been set up in High Courts to clear cases pending for more than five years. Arrears Committee has been constituted in the Supreme Court to formulate steps to reduce pendency of cases in High Courts and District Courts. At present, 581 such Fast Track Courts are functioning across the country and to fast track criminal cases involving elected MPs / MLAs 12 Special Courts were set up in 11 States.

In fact, Nathwani had sought to know about the number of cases, both civil and criminal, pending in the top court, High Courts, pending cases and their periods as well as measures taken by Government to expedite the process of disposal of cases.

The Minister stated that the "National Mission for Justice Delivery and Legal Reforms established by the Government has adopted a coordinated approach for phased liquidation of arrears and pendency in judicial administration through various strategic initiatives, including improving infrastructure for courts, leveraging Information and Communication Technology (ICT) for better justice delivery, and filling up of vacant positions of judges in High Courts and Supreme Court."

He said that Rs.6,986.50 crores have been released since the inception of the Centrally Sponsored Scheme (CSS) for Development of Infrastructure Facilities for Judiciary in 1993-94.

The number of computerized District & Subordinate courts has increased from 13,672 to 16,845 registering an increase of 3,173 from 2014 till date. Notably,Minister pointed out,e-Courts services such as details of case registration, cause list, case status, daily orders & final judgments are available to litigants and advocates through eCourts web portal, Judicial Service Centres (JSC) in all computerized courts, eCourts Mobile App, email service, SMS push & pull services.

Information Kiosks have been set up at all computerized court complexes for disseminating judicial information related to cause lists and another case-related information to the lawyers and litigants. eCourts Project has been consistently amongst the top 5 Mission Mode Projects of country, said the statement.