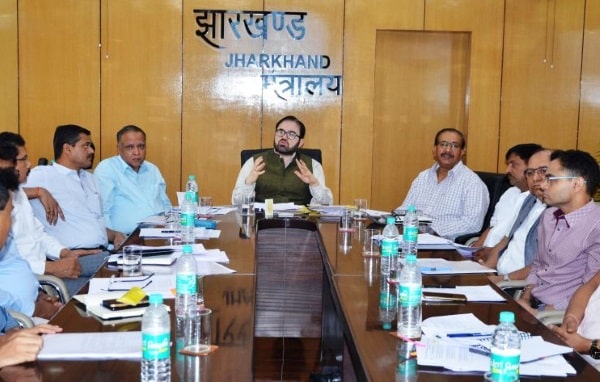 With monsoon leaving most parts of Jharkhand with deficit rainfall, farmers were at a huge loss by not able to sow paddy seeds. Aware of it, the state government is busy exploring ways to deal with the emergent drought.

Files were opened on Tuesday, a day after the state Chief Secretary DK Tiwari in a meeting with concerned officials directed them to meet farmers and prepare a strategy to provide them with relief materials as per their requirements, within a week.

Notably, the emerging possibility of drought has far-reaching consequences. One, since the state Assembly polls are to held before the end of the current year -2019, drought can offer a cake for the opposition parties to pounce on the ruling BJP, questioning its efforts to provide relief.

Two, it can be a test case for the BJP government led by Chief Minister Raghubar Das. If his government fails to provide relief to farmers, it can make a negative impact on the poll results for the ruling BJP. Which is why perhaps, Tiwari his team have already swung into action.

As per the latest official MeT data, the state has recorded a rainfall deficit of 45 percent this year."The rainfall received in the state from June 1 to July 22 was 238.6 mm, as against the normal rainfall of 431.2 mm", states PTI report.

The state administration is learned to have directed District Deputy Commissioners to ensure seeds and fertilizers are available for the farmers so that they can cultivate less water-intensive crops.

The CS also made following directives to officials: complete preparations for providing drinking water, if the need arises. Ensure employment for village residents under MGNREGA where cultivation has been affected due to less rain. More, as per his directive, the State Disaster Response Fund (SDRF) has transfer Rs 350 crore to DCs within a week, for distribution of relief.