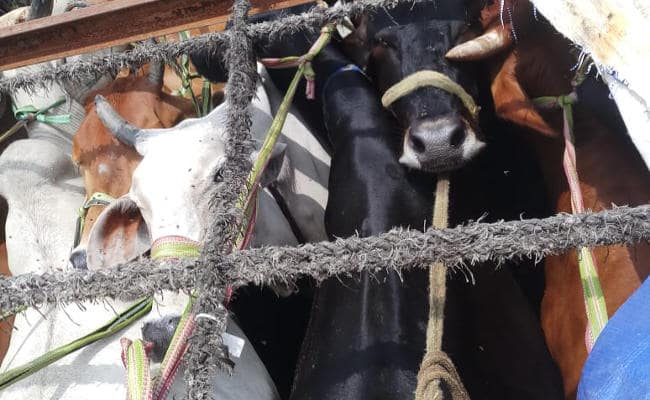 In a major success, Jharkhand police have arrested three cattle smugglers and seized a truck carrying 25 cattles-all cows along NH-2 falling under Chowparan block in Hazaribagh district on Saturday.

The accused were identified as Riyaz Qureshi(20), driver Sandip Kumar Yadav(20) and his assistant Bhim Singh(21) who had loaded the truck with these cattle in Bihar's Buxur district for going to Bangladesh via Asansol in West Bengal, according to the police.

Jharkhand police nabbed them while doing patrolling on the NH-2 near Chordaha Check Post and arrested them after launching a search operation on a Truck(WB 23 DI 2778) carrying 25 cattles. Sandip, Bhim and Riyaz were jailed wand cattles sent to a cow shelter home, said the police.