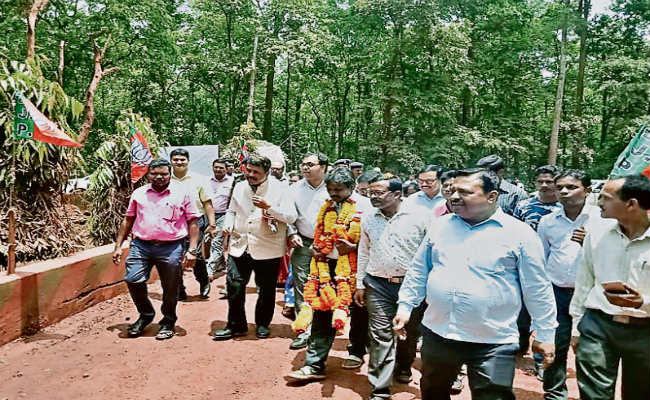 A move is afoot to modernize iron ore mines across the country against the aim of the union government to achieve  300 million tonnes production of crude iron.

Toward this end, the Steel Authority of India Ltd(SAIL) has to play a leading role, said Union Minister of Petroleum and Natural Gas, Devendra Pradhan who is on his two-day visit to Kiruburu, West Singhbhum in Jharkhand,

"For up-gradation and modernization of iron ore mines in Jharkhand, Rs 10,000 crore is planned to be spent by SAIL. Similarly, iron ore mines of Odhisa, MP and Chattisgarh will be upgraded and modernized as well", said the Minister.

At Guwa and Bolani(West Singhbhum), the annual production of iron ores has to be increased to 10 million tonnes. Apart from iron ore mines, SAIL is also developing a coal mine at Tasra in Jharkhand, he added.