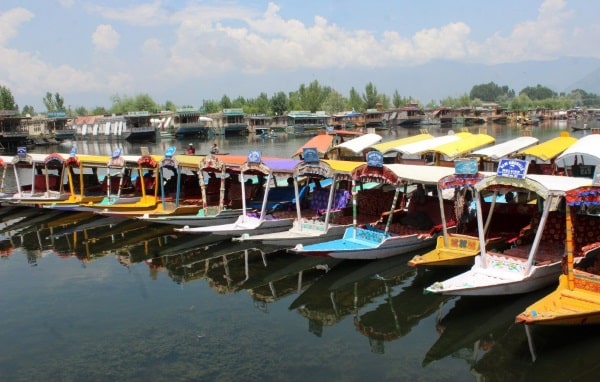 This does not include 7.5 lakh people settled who do not have citizenship.

There are 22 districts in J&K. Out of which only 5 Districts where separatists have the say
Srinagar, Anantnag, Baramullah, Kulgam, and Pulwama.

Other 17 districts are Pro India.
So separatist's writ runs in just 15% of the population which are Sunni Muslim dominated.

Interestingly these 5 districts are far away from Pakistan Border/LOC.

There are more than fourteen major Religious/ ethnic groups comprising 85% of the population of J&K who are Pro India.

Majority of the people in J&K do not speak Kashmiri as their mother tongue. It's Dogri, Gujarati, Punjabi, Ladhaki, Pahari, etc.

Only 33 % of people in Kashmir speak Kashmiri & this group controls the narrative from Hurriyat to militants and from NC and PDP.

This 33% controls business, bureaucracy & agriculture. This Sunni 33% is opposed to India although the population of all other Muslims in JK is 69 %.

Other 17 districts have never participated in such activities.

Poonch and Kargil have above 90% Muslim population. There has never been an Anti-India or separatist protest in these districts.

It is only the Anti National Media and other Anti-India forces who with their own nefarious designs have created an impression that "WHOLE J&K" is against India.

Whereas the truth is that just 15% of the Population comprising Sunni Muslims inhabiting 5 Districts of Kashmir province are fanning the separatist activities.

Against this backdrop, re-organization and delimitation of Lok Sabha and Assembly Constituencies in two UTs- J&K and Ladakh is the need of the hour in the national interest.