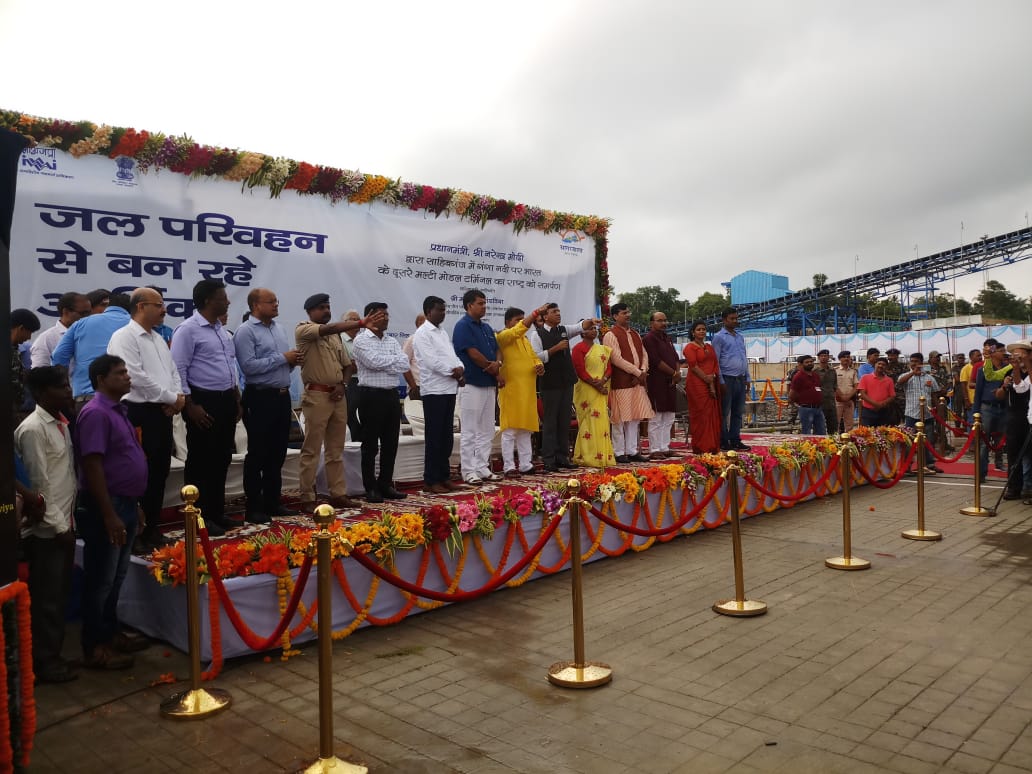 It was a day of no traffic jam in Ranchi where Prime Minister Narendra Modi launched a number of schemes.

The public meeting was jointly organised by the state government, the Police and the Ranchi District Administration. The meeting complex was spread in 12 acres of land divided into 42 sectors. As many as one Lakh seats were put up with parking facility available for 15000 vehicles. A control room was set up under the command of Ranchi Deputy Commissioner.

No wonder why the Ranchi DC's office remained almost empty as all staff and officers of the DC office, police officers, Constable and the state Secretariat was there at the Jagannathpur ground.

Even officers and staff of the HEC, BSNL and state-owned PSUs were spotted at the site.

With them, the venue was packed up with audience and vehicles leaving city roads almost empty. Thanks to the PM's programme, we had no problem is confronting road jams, a daily phenomenon adversely affecting traffic in Ranchi city.

Incidentally, mainly due to absence of electricians who were busy electrifying the venue of the PM' s programme last night, DC office remained cut off from electricity during the pre-noon period. Even the Internet connection was cut off and BSNL staff were struggling to restore connectivity.

Alongside, JMM leader and Leader of the Opposition Hemant Soren and many other Opposition leaders boycotted the PM's function. None of them attended the inaugural function of the new Assembly Secretariat. 'We were not invited', screamed Soren.

All was not well within the ruling BJP. None of the state 's Ministers were visible inside the airport where the  Governor Draupadi Murmu, CM Raghubar Das, Union Tribal Welfare Minister Arjun Munda and other partymen and officers greeted the PM. However, the CM Das was in cheers as the entire programme was described by many officials as 'a grand success.'