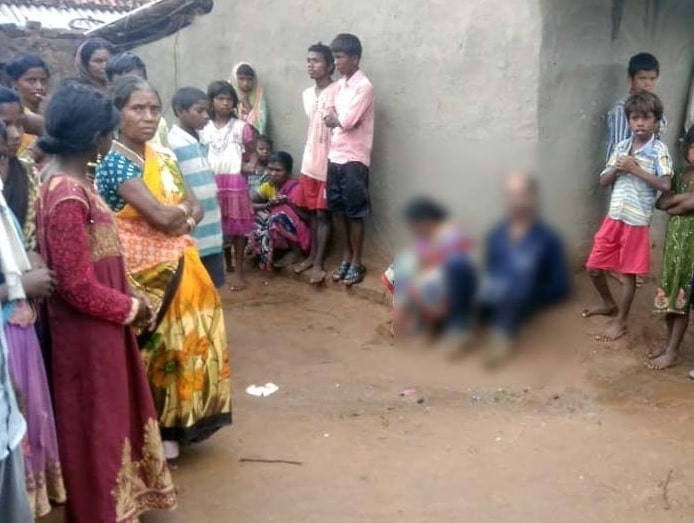 *Villagers hand over love birds to police in Latehar

Two love birds are in pain whereas the village they belong to is in grip of Tuesday night fever. There is nobody to bring justice to them while they were in police custody.

Kukar Tangi under Sadar police station in Latehar,a Maoist infested district is their village where two love birds were caught by villagers in compromising state of affairs. They caught them, tied their hands and legs. Soon, their heads were coloured with lime and made to move around in lanes of the village on Tuesday night.

On Wednesday morning, the villagers handed them to the police. An inquiry revealed that though they loved each other and had got married, their parents and their neighbours refused to accept it. After they were caught in a physically compromising position in an isolated area, they were caught and their face polished with lime powder.

Remaining in police custody, they looked tense. None of them were able to communicate with the media persons."An inquiry is on",a senior cop said.