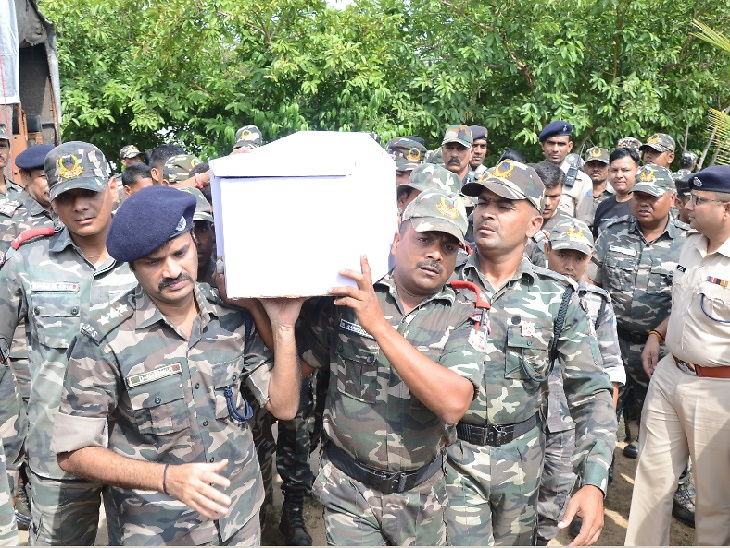 Jharkhand police Saturday paid homage to two martyr Jaguar jawans who were killed in an encounter in a forest area near Dassam waterfall on Friday.

All top Jaguar officers and jawans saluted them. Chief Minister Raghubar Das had honored them by saluting them."I am proud of them", said Das.

The encounter took place in the Dassam waterfall area. It is here they were carrying search operation when Maoists had opened fire. Though security forces had retaliated, no casualty was reported from the Maoists' side.

The two bodies were airlifted by a chopper and after post mortem was conducted, they were brought to the police headquarter where homage was paid. Later, bodies were sent to their respective families.

Notably, Maoists were breathing their last air  in Jharkhand where a number of Naxals were either killed or jailed."We will soon eradicate them from our land", says the CM.