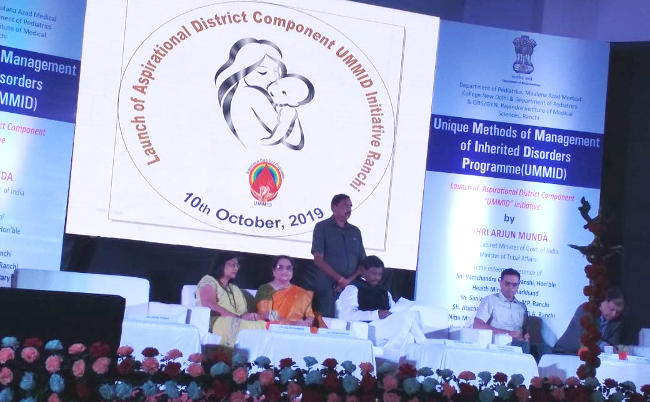 It's all about a move to contain genetic diseases in newborns. The move was initiated by Prime Minister Narendra Modi led health ministry across the country.

"The central government has taken a vow to root out genetic disease in newly born babies. This mega project can attain its aim by research and spread of awareness", said Munda.

Under UMMID, Nidan Kendras are planned to be set up in 117 identified districts in the country. Among them, 93 were Adivasi dominated districts where many kids were suffering from genetic diseases.

Prior to the inauguration at RIMS in Ranchi on October 10, such a centre was launched by Union Health Minister Dr Harsh Vardhan on September 24.

Also, National Inherited Diseases Administration)NIDAN) Kendras have been established under UMMID scheme. The record shows that about 4.95 lakh children are born with hereditary diseases every year in India. These children have the right to get proper treatment.

"It is the responsibility of the government to take appropriate measures to bring down the number of children suffering from congenital diseases", said Minister Arjun Munda.