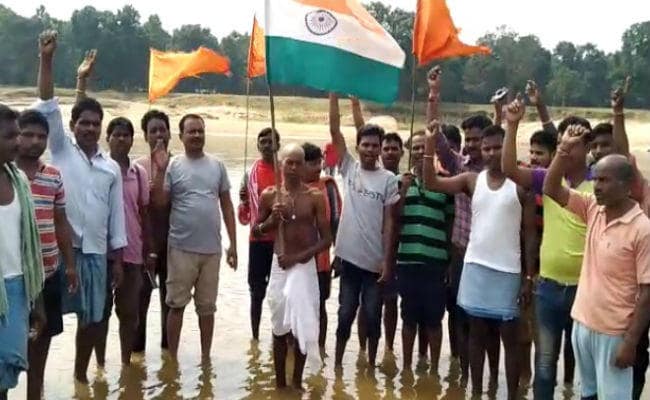 "I have lost my son. Yet, he will remain alive always. Jai Hind".These words were spoken by Jitu Gop while flying a tri-color flag of the nation in his hand.

Indeed Gop is brave and nationalist. He is the father of Santosh Gop, a BSF jawan, who was killed in firing by the Pakistan Army in ceasefire violation case at LoC near Baramula on Saturday. On Tuesday, when last rites were performed at Tengra village under Basia block in Gumla district on Tuesday, hundreds of villagers paid tearful farewell.

Jitu Gop was in tears. Still, he held the national flag in his hand and expressed a deep sense of nationality by uttering these words: "My son has sacrificed his life on duty for the country. His loss is a huge set back for family members. We will overcome it and inspire children to prepare themselves to teach the enemy(Pakistan)", he said.

While he was speaking, scores of his neighbours and relatives screamed: "Ramesh Zindabad", "Pakistan Tere Tukre Honge(Pakistan will split into pieces).