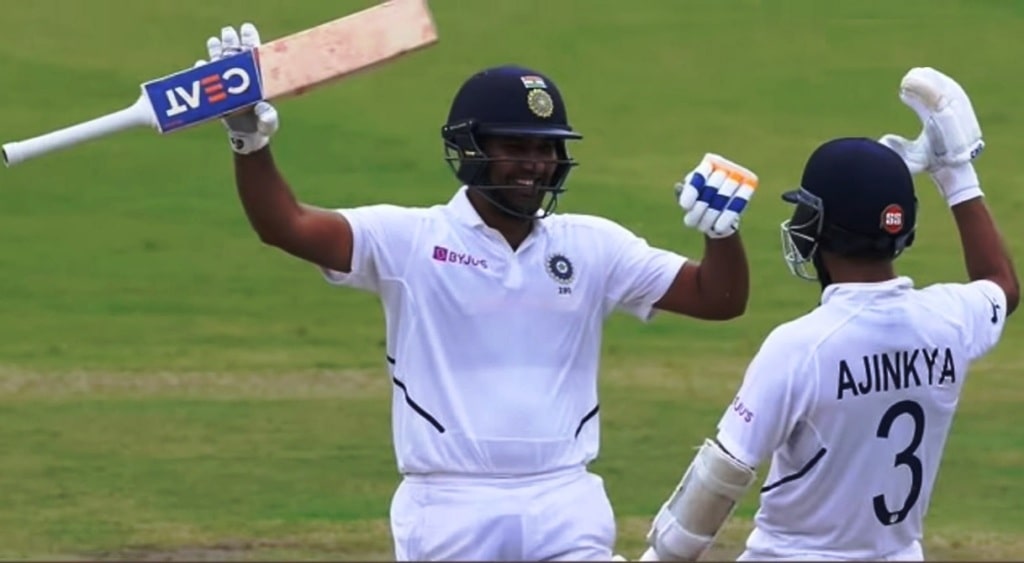 Diwali maybe a week away, however Ranchi today saw batting fireworks display by the duo of Rohit Sharma and Ajinkya Rahane here at the JSCA Stadium Complex.

Resuming the play on Day 2, the duo of Rohit and Rahane kept on thrashing South African bowlers.

On the other hand, Rahane notched up his 11th Test hundred on Sunday, his first at home since scoring 188 against New Zealand in Indore in October 2016.

India declared at 497/9. In reply, the South Africans were off to a bad  start as they lost Dean Elgar for naught in the very 2nd ball of the innings. In the very next over, Quinton de Kock got dismissed for mere 4 runs by Umesh Yadav.

However, bad light due to cloudy sky brought an early end to the second day's play.