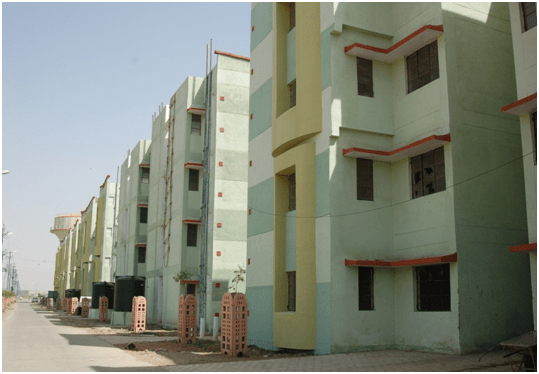 Freshly built home is pouring in Jharkhand. Most beneficiaries are poor men and women of urban and rural areas of the state.

Though all these homes were constructed by the government under Pradhan Mantri Awas Yojana, not many have started living there due to the absence of power and electricity services.

On Tuesday, Chief Minister Raghubar Das inaugurated the newly built apartment carrying 180 flats inside once known as Birsa Munda Jail. The apartment complex, now the historical jail turned into a residential complex, is located in Ranchi, less than a km from the city centre.

These flats were allocated to 153 families. They had been living in the encroached land of the earlier 'jail for years. Delivering a speech on the occasion, the CM informed that approval was granted to provide 10.50 lakh houses to poor families in the state of Jharkhand.

"Many beneficiaries had already performed Griha Pravesh", said Das. GrihaPravesh is a Hindu ceremony performed on the occasion of an individual's first entering their new home.

As per the BJP government's ambitious plan,' all homeless families will be provided homes by 2022 and by 2024, every home will be provided clean and pure drinking water", said the CM who was accompanied by Urban Development Minister C.P.Singh.