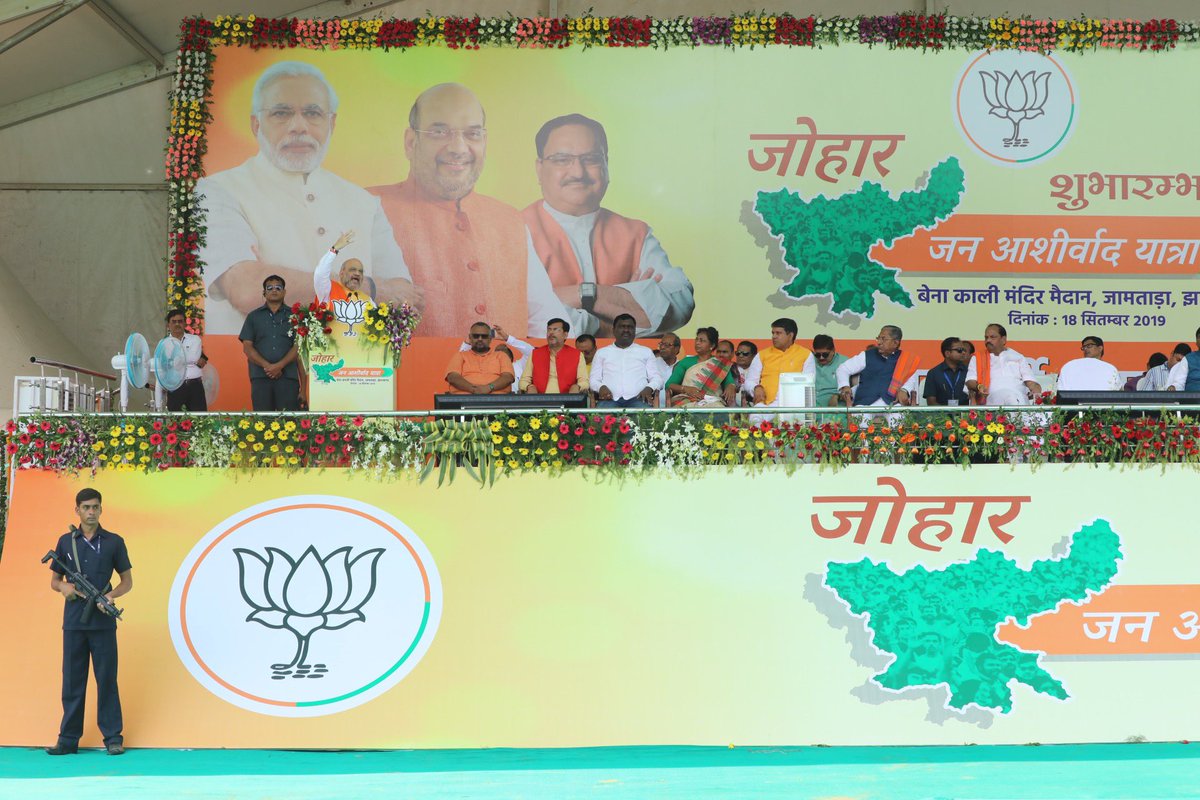 Just days before the Election Commission is set to declare schedule of the Assembly elections in Jharkhand, the ruling BJP led by Chief Minister Raghubar Das appears to be on top gear with two retired civil servants and four opposition MLAs joining his party.

The move seems to have generated a wind in favour of the saffron party ahead of the Assembly polls in 2019. It sounds threatening for the divided opposition parties-JMM, Congress, RJD, JVM, CPI, CPI(M). Though they were critical of the ruling party, none of them were able to control their members to quit and join the ruling party."Nobody wants to sail on a sinking ship, you know", commented a Congress leader.

In addition, four opposition MLAs are ex-Congress' state unit president Sukhdeo Bhagat, his party colleague Manoj Yadav, JMM's Kunal Sarangi whose father has been the BJP's senior leader and ex-Minister and Independent MLA Bhanu Pratap Yadav, who is out of jail on bail in a corruption case.

Another JMM MLA Jaiprakash Bhai Patel,who was in the news to shift and join the BJP,did not do so.With induction of two ex civil servants and four MLAs,the weight of the ruling BJP has increased as all of them were popular figures.Even in the 81-Member House,the BJP's strength risen to 47.

Those who switched sides included Sukhdeo Bhagat and Manoj Yadav of the other JMM MLA Jaiprakash Bhai Patel, who was also tipped to join the saffron party, did not .. With the induction of the four lawmakers, the BJP's strength in the 81-member House has risen to 47.

Asked why they have joined the BJP, the CM replied:"They stand by the BJP's ideology of Sab Ka Saath, Sab Ka Viswas".Incidentally, Das is the first CM who has successfully completed five-year term with the majority of party MLAs backing him following the declared support extended to his time and again by Amit Shah, Union Home Minister, and Narendra Modi, Prime Minister.