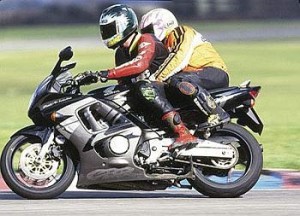 Beware!If you are a woman and shopping in the market with a bag of money,bike borne men can loot you and zip pff.

No joke.After withdrawing Rs 50,000 from the Doranda branch of the State Bank of India in Ranchi,Malti Kumari entered into a cosmetics shop at Doranda.The time was 2.15 P.M.on Wednesday.

Just when she kept the bag carrying the cash on the glass table and started selecting the commodity,the bikers pounced.

“The driver continued to sit on the bike.The pillion rider got down,came near Kumari,took her bag, swiftly returned to sit on the back and the driver zipped off.We yelled and yelled.But they disappeared”,states Kumari in her FIR filed at Doranda police station.

None of them was arrested till now.Even the identity of the two bikers remains unknown.The police suspect that the bikers were following her right since she withdrew the cash from the SBI.