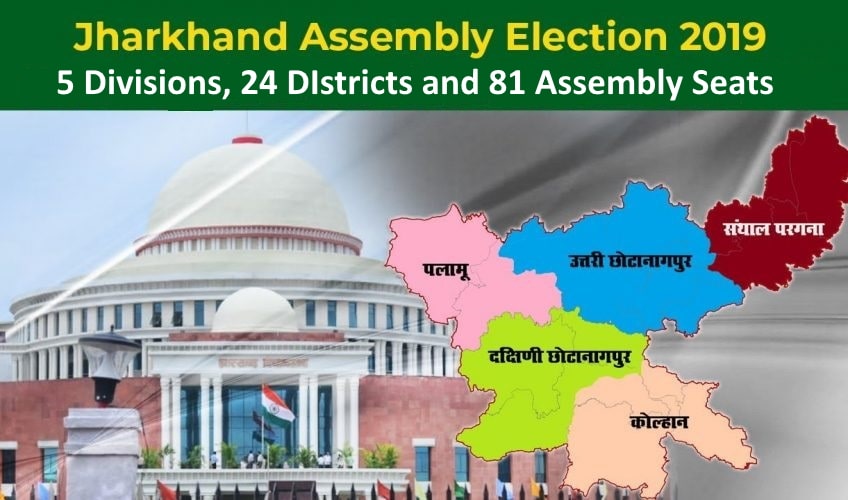 Ahead of Assembly polls, a number of new candidates figure in the lists of candidates prepared by political parties in Jharkhand.

Though none of these parties have released lists of their respective candidates for 81-seat Assembly, three main parties in the battle of ballets are : ruling BJP and opposition JMM and Congress.

Though the JMM is based in Jharkhand, it is set to tie up with Congress. As such, lists of candidates of both these parties have been taken to New Delhi by their respective party leaders for evaluation by the high command of the Congress and its MPs.

The scene is no different from the ruling BJP. Its leaders prepared a list of candidates. Soon, the ruling party leaders shifted to Delhi yesterday and today for evaluation and approval by the party MPs and its high command.

From available information, while the JMM and Congress have decided to allocate tickets to their sitting MLAs, BJP may not do so. Prior to preparing its list, the ruling party high command had conducted a survey to examine the performance of its sitting MLAs.

However, while they were reportedly struggling to contest the polls again, the BJP high command can ultimately provide tickets to them in view of a possibility that denial of tickets to them can cause intraparty feud."It can upset the party's aim to gain the majority of seats again", said a senior BJP leader.

Marathon meetings and hectic discussions are being conducted by the parties.

The Bharatiya Janata Party (BJP), Congress and Jharkhand Mukti Morcha (JMM) have been the heavyweights in the elections here while regional parties like the Jharkhand Vikas Morcha (JVM), Rashtriya Janata Dal (RJD) and All Jharkhand Students' Union Party (AJSUP) also have stakes here.