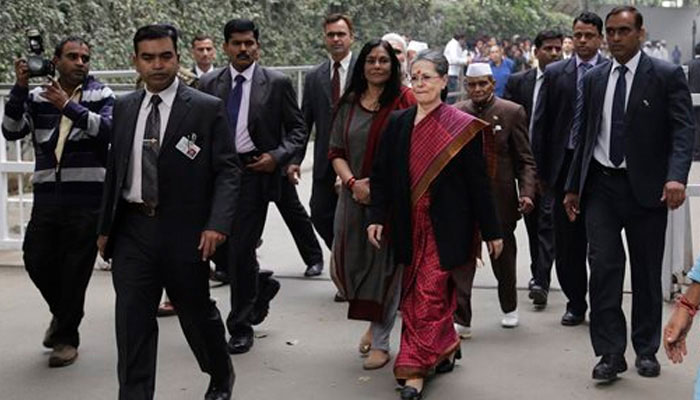 Now Sonia Gandhi's family members are not going to ve covered by Special Security Force(SPG) as Narendra Modi government has decided to take away the elite SPG protection her, son Rahul and daughter Priyanka.

Now onwards they will get 'Z+' security by the CRPF on an all-India basis.

As it is, Sonia Gandhi's husband Rajiv Gandhi and his mother Indira Gandhi, both Ex PMs who were assassinated. Also, the government had earlier withdrawn the SPG cover of Ex-PM Manmohan Singh.