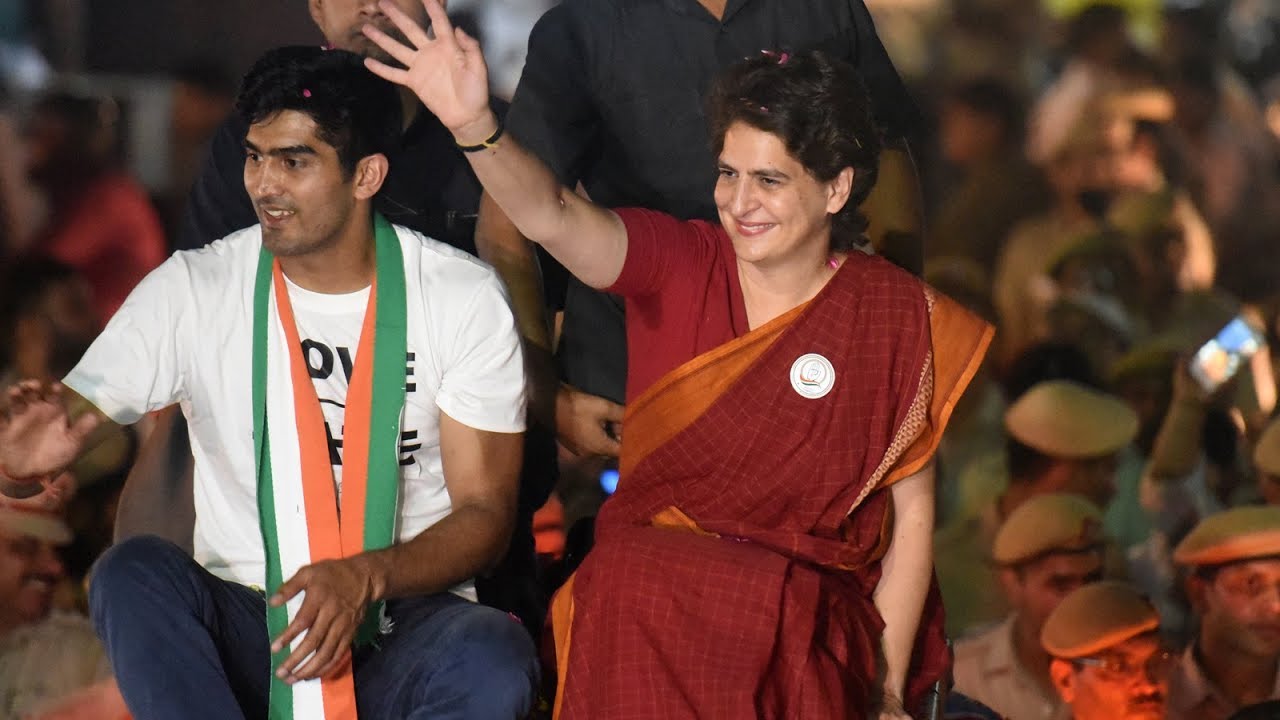 To campaign for the Congress and its allies- JMM and RJD-Priyanka Gandhi Vadra landed in Barahdwa village in Sahebgunj today and blamed the ruling BJP government for grabbing the land of Adivasis for its favoured capitalists.

Addressing an election rally at Barahdwa, Priyanka who had come to tribal-dominated Jharkhand for the first time, said: "BJP government is a superhero in publicity, but zero in work."

Priyanka said, "This waterfall, land is yours. You are peace-loving, but, when your self-respect is hurt, you don't remain peaceful. This was taught to you by Sidho-Kanu. My salute to them", she said.

"Ever since the BJP government was formed, your soul was attacked. Thousands of colors of the forest are not visible to BJP. It spoils the culture of Adivasis. The BJP government had attempted to remove the laws that were formulated to protect your culture. Indira Gandhi remained active to defend Adivasis in their struggle for their right over water, land and forest,"

Prior to Priyanka, Rahul Gandhi had addressed five election meetings for the Congress, JMM and RJD in Jharkhand.