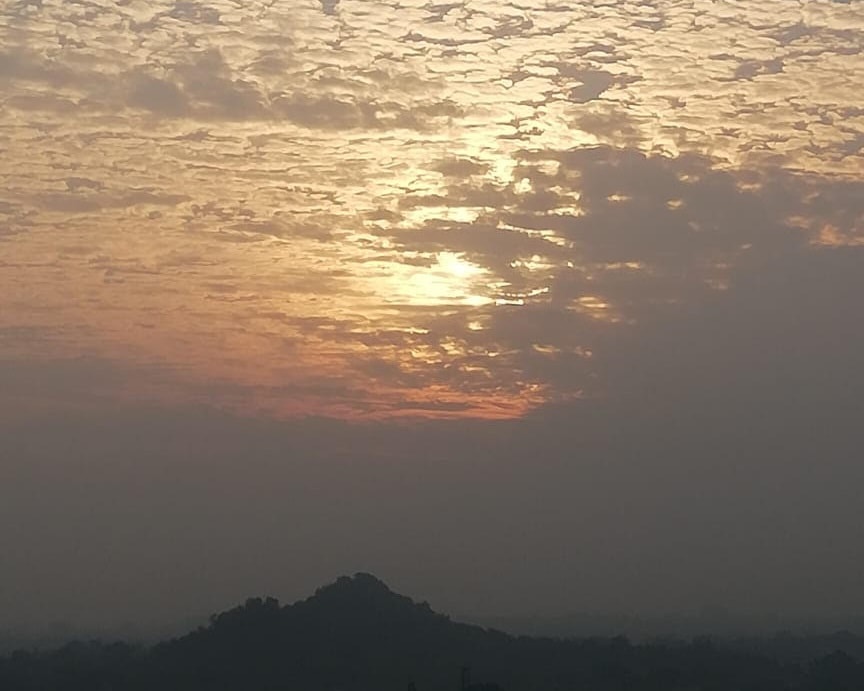 When 2019 will welcome 2020 at zero hours on December 31, clouds will envelop the Sun, Moon and other stars, welcoming the New Year.

As per the Met Department prediction, after the cloudy day on January 1, the rain will wet January 2. However, the temperature is going to go up to 10 Degree C, rise from 5.6 and 7 Degree C on December 30.

Due to the cold wind(Sheet Lahar) blowing across the state of Jharkhand, This had caused death to 15 persons during the past three days. In Hantargunj in Palamau, Koderma two persons had died in each of these places whereas one each in Kandi, Palamau, Kaliason, and Gola in Dhanbad had succumbed to cold.

Yet,youths and middle -age citizens were busy planning to hold picnic party in green belt."Only in winter,we get eco-friendly environment with water flowing from falls,blooming flowers,leaves and birds,singing and chirping.This makes us hold picnic by cooking and eating food in groups.We will go for picnic on January 1",said a school teacher echoing the sentiments of many professionals and students.

With cold wave hitting across the state and its neighboring areas in Eastern India, the sale of woolen clothes had jumped up. Another change was visible in tourist spots, waterfall, parks and forest covering hills, rivers and ponds were attracting youths to celebrate end of 2019 and the beginning of 2020.

Alongside, clouds and fog during morning and night had affected railway traffic.So much so that most trains including Sampark Kranti Express and Rajdhani were reaching the destination late.