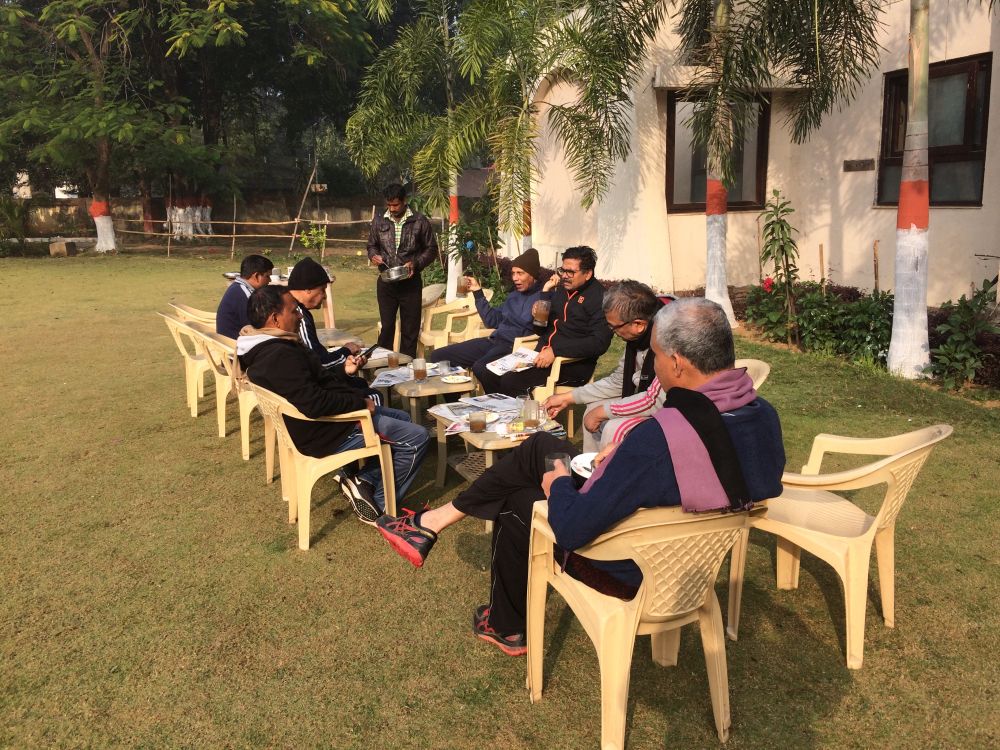 *Pictures show different forms of fog visible in the sky inside JSCOI, Ranchi on January 18, 2020.

It was a morning with a difference. Fog, an aerosol consisting of tiny water droplets suspended in the air was visible in the surroundings of Ranchi today.

Even Delhi and many other parts of northwest India experienced severe dense fog, a feature apparent every winter. Often, it disrupts air and train schedules and makes road passengers susceptible to accidents.

But why is fog in Ranchi, located in Chotanagpur plateau of eastern India, different from the fog in national capital New Delhi or any place along the Indo-Gangetic Plain region?

Meteorologists provide the answer. In the plateau of Jharkhand, low winds, low temperatures, availability of moisture make the fog in its natural form, a feature missing in many towns and cities across India.

In these Indo-Gangetic Plain areas, low winds, low temperatures, availability of moisture and most importantly pollution particles which act as a surface for condensation, make the fog a cause of serious health concern. In Delhi’s air quality index on Saturday morning was 448 in the severe category.

Since fog is basically suspended water droplets or ice crystals in the air very close to the surface, the environment prevalent on the earth makes the difference in the quality and form of fog in Ranchi and Delhi.

A study by scientists of the Indian Institute of Tropical Meteorology and India Meteorological Department published in 2017 in the journal of Aerosol and Air Quality Research (AAQR), revealed that the frequency and intensity of fog episodes during the winter season.

It has been increasing during the past decade (2006 to 2016)over the megacity of Delhi due to the high pollution load. This was not so in Ranchi.

“The role of atmospheric aerosols is very important in the life cycle of fog in the urban areas,” the study said.

So, in Ranchi, in absence of ''high' pollution load, heavy fog visible inside Jharkhand Civil Services Officers Institute was an unprecedented natural phenomenon.

Which is why perhaps I felt as if it was worthy to record it by using my old I-Phone camera at JCSOI.As such, I took some photographs of this bounty of nature -fog- and view its impact on Sun on January 18, 2019 when my friends gulped hot vegetable soup.

So clean the sky was last night that moon and stars were visible from the green turf of the JSCOI. These stars and moon can not be spotted in polluted Delhi. In sharp contrast this morning, the fog had enveloped Sun.

However, as the day advanced, Sun and its heat made this pollution less fog get disappeared from the sky. I felt as if I will never be able to see the marvelous beauty of nature-Fog.