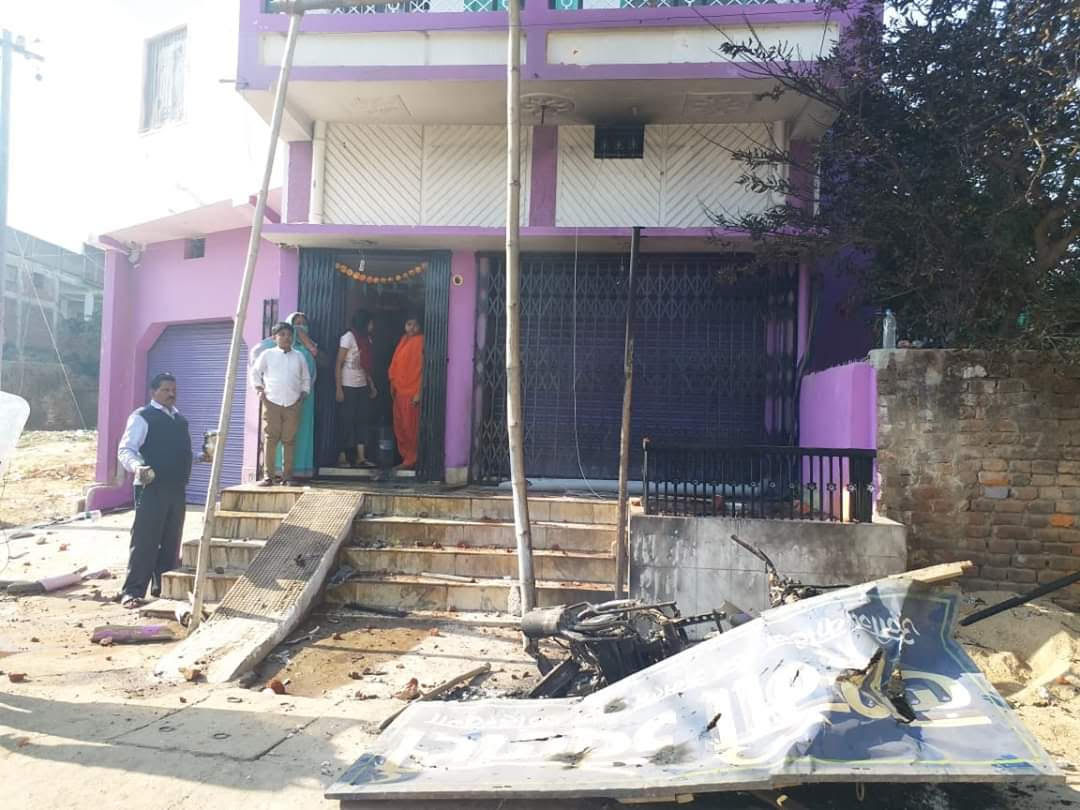 *Picture shows the building and shop damaged by pelted stones.

Lohardaga is reeling in tension following the attack on a rally organized by the BJP leader Sudarshan Bhagat in favour of the Citizenship(Amendment)Act 2019.

The Lohardaga district administration has ordered the imposition of curfew in city areas. The security forces were deployed in strength to maintain law and order.

As the BJP supporters marched passed the road, they shouted slogans in favour of the CAA and  Prime Minister Narendra Modi as well as Home Minister Amit Shah."When they were about to cross the mosque, stones were thrown injuring a number of BJP supporters", said an eyewitness.

"Stones were also thrown from the roof of houses", said another eyewitness. Seven BJP workers and a dozen police personnel were reportedly injured.

Though the police had intervened quickly, incidents of violence were reported from other urban areas of Lohardaga where minority community dominated. A shop called Sova Jewelers and a house located in Somar Bazar, Amlatoli Lohardaga were stones and burnt.

Security forces were deployed in strength to maintain law and order in Lohardaga.